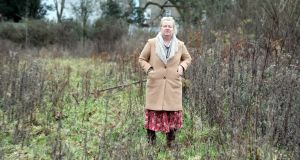 Cathleen Coffey O’Brien, who was a resident at the Bessborough mother and baby home in Co Cork. Photograph: Garrett White

The order of nuns who ran the Bessborough mother and baby home in Cork sold part of the site last year for €6.85 million, according to accounts filed in the Companies Office.

The accounts for the Congregation of the Sacred Hearts of Jesus and Mary Trust CLG say the property at the Bessborough estate was valued in July 2020 by Savills as being worth €9.95 million.

Some of this property was sold around the same time for €6.85 million, a higher price than the €6.5 million value that had been placed on it by Savills, according to the accounts.

In a statement to The Irish Times, the congregation said that the proceeds of the €6.85 million deal will be received over a number of years.

“The funds from this sale will be dedicated to supporting our present (29) and future retired sisters in Ireland, and our ongoing mission work throughout the world including Africa, the Philippines and Central America, all of which is now managed from our head office in the UK.”

The sale involved 17.6 hectares of land that is primarily zoned for landscape and preservation, the congregation said.

During 2020, the sisters gifted 2.26 hectares, that included all the buildings and parking spaces on the site now occupied by Bessborough Services, to the HSE.

The congregation retained the convent, and the lands surrounding it, which includes the graveyard area.

The congregation, which formerly ran industrial schools as well as a number of mother and baby homes, has contributed €19 million towards the redress scheme established by the State for former residents of industrial schools who suffered abuse.

This constitutes the entire amount committed by the order to the scheme, a spokesman said.

It is expected that the order is to contact the Government in relation to contributions to two redress schemes arising from the report of the Commission of Investigation into Mother and Baby Homes, for certain women who gave birth in the homes and certain children who were born in the homes.

The congregation said it purchased the lands in Cork in 1922 with funds from the congregation in the UK, including a donation of £2,000 from the Archdiocese of Westminster, England.

In 2014, a general chapter decision was made that led to a process of rationalising of services and assets, due in part to falling numbers of members, increased numbers of returned missionaries and the age profile of the congregation, “but mainly to seek to be relevant in today’s changing world”, the congregation said.

“In 2017, we announced the sale of some of our land in Bessborough, as described in the media at the time.

“We informed the Commission of Investigation into Mother and Baby Homes of our plans to sell some land.

“We originally planned to use some of the proceeds of the sale for a purpose-built centre for the present day Bessborough services to continue. Unfortunately, the sale did not proceed until late 2020.”

By then, the congregation said, it had become clear that the proceeds of the sale would not be enough to build a new centre, as planned.

“Rather than close the services, a decision was made to hand over our Bessborough services in Cork to the HSE, thus protecting the clients and the jobs of more than 100 members of staff who would have been made redundant.

“We also donated the property occupied by the services to the HSE to the value of approximately €1 million.”

According to the commission’s report, 923 babies associated with Bessborough died between its opening in 1922 and its closure in 1998, but the site of burial of only 64 of these children has been identified.

Mayor of Cork County Mary Linehan Foley, born in the Bessborough home, has called for a stay on the granting of planning permission for apartments on part of the land of the former home, until it can be established whether any of the babies are buried there.

A spokesman for the congregation said the land sold last year is separate to the site where a developer is seeking to build the apartments.