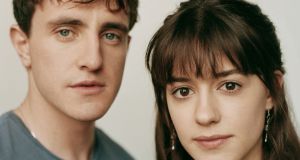 A total of €5,071,701 has been raised for Ireland’s community and voluntary sector through RTÉ’s Comic Relief event.

Irish actors, musicians, comedians and presenters took part, from around the globe, on Friday for RTÉ Does Comic Relief to help raise funds, which were then matched by the Government up to the value of €3 million.

Some €2,535,850 was raised through public donations to Friday’s show, which featured appearances from Saoirse Ronan, Hozier, Niall Horan and the cast of Derry Girls.

The highlight of Friday’s variety show was the crossover between hit shows Normal People and Fleabag, which brought actors Paul Mescal and Daisy Edgar Jones together with Andrew Scott for a rendition of Tracy Chapman’s Baby Can I Hold You Tonight in a church confession box.

What a performance from @hozier

Whatever colour your county jersey is get involved in #RTEComicRelief and give what you can.

An RTÉ tweet featuring a clip of the sketch, which was written by playwright Conor McPherson and directed by Lenny Abrahamson, had already attracted 212,000 views by 12:30am on Saturday.

Later in the show, members of the RTÉ Concert orchestra joined Hozier in an otherwise empty Croke Park for a rendition of Simon and Garfunkel’ s Bridge Over Troubled Water in memory of all those who died during the Covid-19 pandemic.

The show also featured a jump back in time to the early 1990s, with Ray D’arcy retaking his seat as the Den presenter accompanied by Zig, Zag and Dustin, as well as the return of the 2000 Irish comedy Paths to Freedom.

Brian O’Driscoll and Amy Huberman took on Chris O’Dowd and Dawn O’Porter in a lip-sync battle, while the 2 Johnnies, Marty Morrissey and Des Cahil joined forces for an all-in-white Westlife rendition.

RTÉ and Comic Relief’s charity partner for the event, The Community Foundation For Ireland, will distribute the funds raised.