Majority of employers would consider hiring a former prisoner 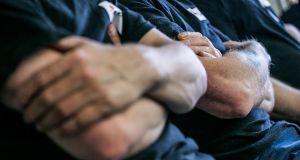 ‘There is often a perceived stigma attached to persons who have spent time in prison.’ File photograph: James Forde

Most employers would now consider hiring an ex-prisoner, new research has found, but concerns remain about serious post-release stigma in Ireland.

A survey carried out on behalf of the further education and training authority Solas found 53 per cent of people would not mind working alongside an ex-offender, while two thirds said they would have no objection to being served by one.

The representative sample of just over 1,000 people also showed that among employers, more than 60 per cent would be willing to hire someone who had spent time behind bars.

However, despite the seemingly positive attitudes, those working in the criminal justice and reform area have said stigma continues to have a significant effect on employers. And while programmes exist to find opportunities, tracking the real level of post-release employment is difficult.

“There is often a perceived stigma attached to persons who have spent time in prison, both from a societal point of view and often the person themselves, can feel that because they were a prisoner they will never be viewed as a normal citizen again,” Minister of State at the Department of Justice David Stanton told a panel discussion at Ibec on Monday. “We need to change this point of view.”

Last year, 8,500 Dublin-based prisoners availed of Solas-funded education programmes with 2,367 “accredited outcomes”. However, the organisation said many ex-offenders still find it difficult to get a job.

Monday’s event was a follow up to a TEDx talk in Mountjoy Prison earlier this year in which former prisoner Wayne Hart spoke about the difficulties he encountered following more than 16 years in custody.

Despite later studying to masters degree level, he did not get a single job interview from 57 applications. He believes this was due to the obligation to disclose details of his criminal history. “Straight away there is a bias there and I strongly believe that’s what happened with me,” he said.

The Irish Penal Reform Trust said it is unclear how many employers request such information but it tends to be large companies and multinationals.

Information on previous convictions should only be sought at the stage of a job offer, not an application, and only then should its relevance to the position be considered, said executive director Fíona Ní Chinnéide.

She said former prisoners are often afraid to apply for jobs and those who are employed might lack the confidence to seek promotion, particularly where foreign travel is involved.

“I think it shows that we need to have more public understanding of the causes of offending in the first place and recognise that people work really hard to move away from patterns of offending.”

“That whole question nearly eliminates someone from the beginning. If the answer is ‘yes’ the application is [often] binned,” he said.

“There are prisoners who have no interest in employment, who are career criminals. But there are sections of the prison community who given the opportunity – and a lot of them have families – I believe they would turn away from crime.”

The Irish Association for Social Inclusion Opportunities runs two programmes seeking jobs, training and education opportunities for those in the criminal justice system.

Its Linkage scheme, run alongside the Probation Service, has secured 2,298 jobs since 2012. The smaller Gate programme, run in prisons, has secured 836 in the same period.

“They represent great candidates for employers because they appreciate the chance they are getting,” said its operations manager Barry Owens.