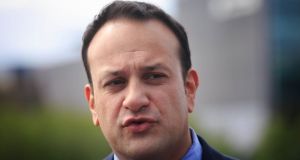 The campaign launched by Mr Varadkar includes the advertising slogan “Welfare Cheats Cheat Us All” and urges members of the public to report suspect benefit claimants.

Bernadette Gorman described the campaign as “Tory” and class warfare. “I do not like the way the department is going. In my book it is all about his aspirations to be leader,” she told RTÉ’s Today with Seán O’Rourke show.

Ms Gorman said the level of fraud was “miniscule” and described the department’s campaign as “fraudulent advertising”.

“Those figures on the side of buses are inaccurate. It doesn’t require a sledge hammer to crack a nut.”

Ms Gorman also pointed out that almost 70 per cent of people on social welfare payments were old-age pensioners and the disabled.

“It is a hate campaign. Never was there a campaign like it coming after a period of austerity.”

However, Mr Varadkar has defended his campaign saying social welfare fraud was a crime which should be punishable.

“I do not accept this whataboutery that at the moment, ‘don’t bother investigating one crime until you have pursued a worse crime’,” he said last week.

“If that was applied to justice and Garda matters, you would be telling people not to bother reporting burglaries until you have dealt with all the murders. That is rubbish,” the Minister said.

The Social Welfare and Pensions Bill published by the Minister last week includes provisions to publish the names, addresses and penalties incurred by people who have been convicted of welfare fraud.

It will be published online, and will be similar to the list of tax defaulters published by the Revenue Commissioners.