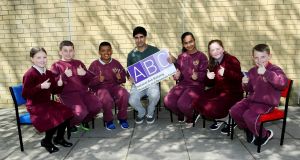 There have been no cases of suicide proven to have links with social media challenge Blue Whale, a leading international expert on cyberbullying has said.

Responding to suggestions that some teenagers who have taken part in the challenge died by suicide, Dr Sameer Hinduja said he hasn’t seen any suicide in any country specifically investigated and proven to be related to it.

Participants in the social media challenge are assigned an administrator and agree to complete 50 tasks, ranging from watching a horror movie or listening to particular music, to carrying out self-harm.

Warnings have been issued in other countries about the challenge, amid concerns it could lead to suicide.

Dr Hinduja, professor of criminology and criminal justice at Florida Atlantic University and co-director of the Cyberbullying Research Center, said his organisation had been looking at the Blue Whale challenge because everyone was talking about it.

“Across the entire planet, we haven’t seen anything specifically investigated and proven to be related to it,” he said.

But, he said, because “everyone is freaked out about it and panic stricken about it, and talking about it” it was possible it could lead to “the contagion effect”.

“Maybe, just maybe somebody decided to go ahead and take their life because of it,” he said.

“My point is we’ve made something real from something that wasn’t real, simply by the way that we reacted to it.”

Dr Hinduja, speaking in advance of a DCU lecture on cyberbullying, said in every new generation, the previous generation gets very nervous and has a lot of fear about what the next generation is doing. And sometimes it can blow things out of proportion. Research in Ireland showed 10 to 20 per cent of children had been cyberbullied.

“I’m not saying I like those numbers, but it’s not the majority of kids, yet everyone thinks it’s happening to everyone else,” he said.

“Then everyone gets freaked out and they are quick to label everything as bullying and then they are always quick to get, whether its law enforcement or other administrators involved, and it’s just not a healthy reaction, it’s an overreaction.”

Dr Hinduja also said parents were typically not good judges of what is bullying and what is normal interaction.

“Society has spent so much time with the term bullying that they label every form of conflict or harassment, misunderstandings or drama as bullying when it is not,” he said.

He said it was “detrimental for adults to always swoop in and rescue kids” because children needed to learn skills to deal with problems.

“What we need to do is allow them to face certain forms of adversity, not the most horrendous types, but certain forms,” he said.

At the same time, we need to provide support, encouragement and advice.

Children need to be taught empathy and resilience and shown other perspectives, he said.

“Sometimes when a bad thing happens, we think it’s the end of the world. But we try to show them positive ways to . . . interpret it in a more beneficial light, that it is making them stronger,” he said.

He advised parents to ask their children simple non-judgmental questions, such as asking about what sort of apps are making their lives better and what they are doing to keep themselves safe.

He also said he was available to help parents if they wanted certain content removed from social media, but were unsuccessful. He recommended the websitecyberbullying.org to parents, teenagers, schools and others working with children. The site includes free resources and practical strategies, he said.