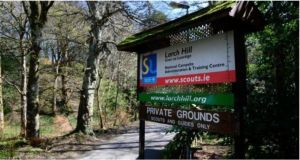 Up until now Scouting Ireland has kept its head above water, barely, on the defence that the historic abuse scandal engulfing the organisation related only to sins of the past.

Over the past year the organisation, which has 40,000 juvenile members, has reiterated that it complies fully with safeguarding standards and requirements.

However, repeated reassurances that parents of children currently in scout troops across the State had nothing to worry about was blown out of the water by Minister for Children Katherine Zappone on Wednesday.

The latest revelations from Tusla, the child and family agency, that it holds “serious concerns” over the ability of Scouting Ireland to keep children safe from harm may well prove a death knell for the organisation as it currently exists.

Tusla’s concerns were set out in a letter sent to Scouting Ireland chief executive Dr John Lawlor on February 18th. It recommended that the organisation undertake an “immediate review” of how children are supervised, and that Scouting Ireland “consider the viability of continuing with overnight trips”.

The findings follow an assessment of standards in the organisation by Tusla child protection officials, which began last month, on foot of a major scandal over historic child sex abuse at the organisation. The review was agreed to at a meeting between Tusla and Scouting Ireland officials at their head office in January.

Tusla sent a “feedback report” to Scouting Ireland on its compliance with Children First legislation on January 17th, which said its adherence to the legislation was “insufficient” around the reporting of child protection concerns, and procedures for managing allegations of abuse. The letter from Tusla states that no response was received to the report.

In a separate letter on January 16th, Tusla officials informed Scouting Ireland their “child safeguarding statement”, which sets out procedures to keep children safe from harm, was only “partially compliant” with requirements.

Ms Zappone first got sight of the highly critical letter sent by Tusla in February on Wednesday morning, hours before she read its contents into the Dáil record.

Her speech in the Dáil took nearly all corners by surprise, and the Minister had come straight to the chamber from a meeting on the matter with officials.

The idea that a scouting organisation would have to cease overnight camps is unprecedented. The ethos of the youth organisation is based around developing young people into responsible adults. Central to that idea is children and teenagers becoming independent, and learning to cope away from the comfort zone of home. But parents’ trust in the organisation – to place their children in the care of scout leaders on weekend trips away – will likely be tested by the concerns flagged by Tusla.

How Scouting Ireland responds to what is essentially a charge of not being able to adequately protect children in its care will define whether it survives or not.

Privately, those inside the organisation are preparing to make a strong defence against the charges from Tusla. In a statement responding to the letter, the organisation said the concerns raised “serious questions”. Scouting Ireland stressed that it wished to see the “evidence” behind a number of Tusla’s recommendations.

A threat looms over the organisation of it facing huge financial costs if a significant number of historic alleged abuse victims take legal actions.

Scouting Ireland has been in the spotlight over the past 12 months since The Irish Times published details of a confidential report into the handling of a rape allegation concerning two adult leaders. The 2018 report by safeguarding expert Ian Elliott found the organisation’s handling of the complaint to be “deeply flawed,” and it criticised safeguarding policies. Mr Elliott is Scouting Ireland’s interim safeguarding manager.

Scouting Ireland’s response to the controversy has been plagued by infighting at its top tier, and Ms Zappone has twice suspended its State funding over a lack of confidence in how it is governed.

If Scouting Ireland fails to take action on Tusla’s latest recommendations, it is likely that its State funding, and by extension its survival, will again be in the crosshairs.