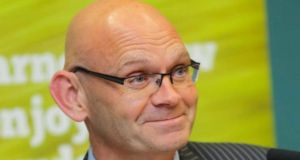 The Irish Society for the Prevention of Cruelty to Children (ISPCC) has appointed John Church as chief executive of the charity.

Grainia Long left the position in May to take up the role of Commissioner for Resilience at Belfast City Council.

He will take up the role as chief executive of the national child protection charity in August.

Mr Church said he was “thrilled” to take up the job in a statement. “The organisation is held in high regard for its work in seeking to achieve its mission to make the protection of children everyone’s priority,” he said.

The ISPCC has been running Childline, a phone line counselling service for children and young people, for the last 30 years.

Commenting on the appointment ISPCC chair Turlough Galvin said Mr Church brings “experience of having worked in senior roles within both the charitable and commercial sectors” to the charity.

“I have no doubt that he will put these skills to excellent use in his new role,” he said.