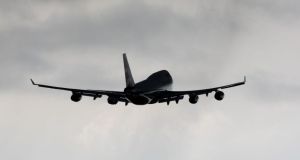 Women travelling from Ireland are more likely have an abortion later in pregnancy than residents of England and Wales, UK department of health statistics reveal.

A further 17 per cent of Irish residents had abortions at between 10 and 12 weeks compared with England and Wales, where the rate stood at 14 per cent.

Irish residents received abortions at 24 weeks or over in 16 cases last year.

Of the 3,982 abortions involving Irish residents last year 86.4 per cent were “surgical” while the remainder were categorised as “medical” .

A further 29 abortions were carried out on grounds of congenital malformations including five cases of anencephaly, a fatal condition in which a part of the brain does not develop.