Ireland still one of the most Christian states in Europe 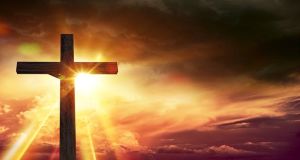 Among church-going Christians in western Europe there is strong support for legal abortion and same-sex marriage, according to research by the Washington-based Pew Research Centre.

Ireland remains one of the most Christian countries in western Europe, though church attenders are outnumbered by non-practising believers, according to a new survey.

Four out of five Irish people identify as Christian, the highest figure across the continent apart from Portugal. One in three of us attends church, just behind Portugal (35 per cent) and Italy (40 per cent).

Among church-going Christians in western Europe there is substantial support – and in several countries, majority support – for legal abortion and same-sex marriage, according to the research by the Washington-based Pew Research Centre.

The vast majority of non-practising Christians in western Europe – defined as people who identify as Christians but attend church services no more than a few times per year – favour legal abortion and same-sex marriage, it also found.

Non-practising Christians are now the single largest group in western Europe, larger than all other religions combined, including Muslims, Jews, Hindus and Buddhists.

In every country except Italy, non-practising Christians are more numerous than church-attending Christians (those who go to religious services at least once a month).

For Ireland the survey found 46 per cent of those surveyed were non-practising Christians while 34 per cent were Church attending. Fifteen per cent were unaffiliated to any religion while a further five per cent belonged to another religion or were “don’t knows”.

It found many non-practising Christians said they do not believe in God “as described in the Bible” but believe in some other higher power or spiritual force. They also tended to express more positive than negative views toward churches and religious organisations.

Overall the survey found self-identified Christians – whether they attend church or not – are more likely than religiously unaffiliated people to express negative views of immigrants, as well as of Muslims and Jews.

Highly educated Europeans were “generally more accepting of immigrants and religious minorities, and religiously unaffiliated adults tend to have more years of schooling than non-practising Christians”.

The predominant view in all 15 countries was that religion should be kept separate from government policies (60 per cent support), as opposed to the view that government should support religious values and beliefs (36 per cent).

On immigration both churchgoing and non-practising Christians were more likely to say immigrants from the Middle East and Africa were “not honest or hardworking”, and to favour reducing immigration.