Houses available for rent down by almost 2% in 2018

Residential Tenancies Board concerned over ‘significant reduction’ in supply 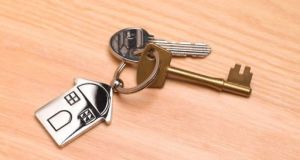 The number of houses for rent fell by almost 2 per cent or just under 6,000 to 307,348 in 2018, according to new figures from the Residential Tenancies Board show.

Warning that the fall was a cause for concern, the board said: “This is a significant reduction given the extreme demand pressures in the market.”

The number of tenants in privately-rented properties fell by 2.7 per cent to 695,142.

In its latest annual report the board said vulnerable and low-income tenants were most affected by a lack of available properties, resulting from a growing population and inward migration.

“It is important that this contraction in the market is monitored and that existing supply is protected as demand is still very strong in the rental market.”

However, the decrease in privately-rented tenancies was partially offset by an increase of over 3,000 tenancies registered by non-profit Approved Housing Bodies (AHBs).

The board welcomed new powers under the Residential Tenancies (Amendment) Act 2019 which will give it greater powers to regulate the rental market. The new legislation requires landlords to give extra information when they claim exemptions for ending a tenancy, extended notice periods, along with changes to rent pressure zone exemptions.

In addition, new rules will govern the designation of new rent pressure zones, while the Residential Tenancies Board will have increased powers to investigate and sanction breaches of legislation governing rentals.

“However regulation alone cannot be relied on to solve all the issues. Existing supply must be protected and future investment encouraged,” the board said.

Research by the board showed the most common reason for serving a notice to terminate a tenancy last year were rent arrears (37 per cent of cases), landlord intending to sell the property (23 per cent) and requiring the dwelling for the use by the landlord or family member (10 per cent).

Despite the falling number of registered tenancies the number of disputes between landlords and tenants reported to the board increased by almost 10 per cent last year. A total of 6,398 applications for dispute resolution were received by the board in 2018, up 525 from the previous year.

Residential Tenancies Board chair Catriona Walsh said the increase in the number of disputes notified to the board was driven in part by increased awareness of its dispute resolution service, but also pressures in the rental sector and the complexity of the regulatory framework in some areas.

Tenants accounted for almost 60 per cent of all complaints. Over a quarter of all applicants opted to resolve their issue with the board’s free meditation service

The Residential Tenancies Board said 45 per cent of all cases were withdrawn after parties had engaged with the board.

The annual report shows over €2.2 million was awarded in rent arrears in 2018 with an average award of €4,039 to landlords, while 67 per cent of all notices of rent reviews were deemed invalid.

Ms Walsh said the complaints allowed the board to identify and analyse trends, information gaps and issues within the rental sector.

She also welcomed last year’s change to allow the District Court instead of the Circuit Court to deal with enforcement of determination orders made by the board, which she claimed “allows faster and lower cost of enforcement”.

Some 348 enforcement requests were made last year, with almost two-thirds sought by landlords.

The report shows the number of referrals of alleged unregistered tenancies to the Residential Tenancies Board rose by 13 per cent to 1,066 last year, and resulted in 663 notice letters being issued to non-compliant landlords.

In addition, local authorities referred 1,223 cases of suspected unregistered tenancies to the board.