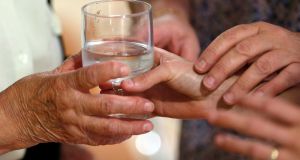 Health and social care inspectors have said they were “very concerned” about their findings at a centre for people with disabilities operated by the Brothers of Charity Services in Cork.

The Health Information and Quality Authority (Hiqa) said it had notified the provider of its intention to cancel its registration.

It published 27 inspection reports on Monday in relation to 25 designated centres for people with disabilities.

Inspectors found a good level of compliance with the regulations and standards in 17 inspections, including 13 centres operated by Brothers of Charity Services.

Hiqa said that while eight were found to be in compliance with regulations and standards, non-compliance was identified in five centres, including in areas such as the management of risk, fire precautions, staffing numbers and staff training, and the oversight of restrictive practices.

“In particular, inspectors were very concerned about the findings from two inspections in one of the centres operated by Brothers of Charity Services.

During the first inspection it was found that the provider had failed to take adequate precautions in relation to fire safety, safeguarding and suitable staff resources,” Hiqa said.

“Subsequently, the provider was required to take immediate corrective actions in relation to three areas of risk. A follow-up inspection was later carried out where it was found that the provider had not adequately addressed the issues relating to the three immediate actions or a number of other regulatory breaches identified on the first inspection.

“The provider has been issued with a notice of proposal to cancel this centre’s registration and inspectors continue to monitor the centre closely.”

Hiqa had issued a notice of proposal to cancel the registration of one centre in October 2017.

It said that while the provider had addressed the majority of issues, immediate fire upgrade works were still required in some of the units.

“An initial inspection of another Camphill Communities centre found inadequate governance, management and oversight, with a significant staff turnover in the preceding 12 months; poor oversight and management of safeguarding concerns; and a failure to ensure that safeguarding policy and procedures had been followed regarding the reporting and investigation of alleged abuse,” the authority said.

“A follow-up inspection of this centre found that the provider had made a number of improvements, but further work was required to ensure residents’ needs could be appropriately met in this centre.”

In one centre operated by St Michael’s House, inspectors said internal auditing had failed to identify areas of regulatory non-compliance. This included an absence of safeguarding plans in relation to historical incidents which had not been managed in accordance with the Health Service Executive’s national safeguarding policy.