Some 105,000 children in Ireland are growing up in consistent poverty 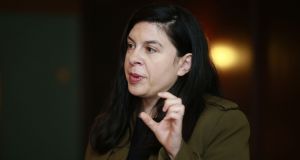 More than 300 European and local election candidates have signed up to the No Child 2020 campaign on child poverty.

The campaign is run by the Children’s Rights Alliance (CRA). A parallel initiative of the same name by The Irish Time focuses on child welfare and children’s issues, with a particular emphasis on poverty.

In the week that Irish voters are casting their ballots, the CRA has said 21 European and 310 local candidates have officially pledged their support.

The Social Democrats took the step of automatically signing up all of their candidates, a move the CRA said it will ask other parties to emulate.

The campaign comes a century after the first elected Irish parliament declared the new republic would be judged by its ability to do right by its children.

The pledge boils down to five basic rights that no child should go without – food, shelter, health, education and participation in society.

CRA chief executive Tanya Ward said it was time for such rights to be delivered on a European level – an investment in people and society that, had it been given previous urgency, would have done much to stave off challenges from the right.

“There are 25 million children at risk of poverty in Europe; given the scale of it for us it’s just like climate change,” Ms Ward said. “Anyone walking into the parliament in Europe should have a mission to change it.”

As well as the five pillar ambitions of the campaign, the CRA has outlined three specific examples of issues it wishes politicians to support.

It says 3,821 children are now homeless in Ireland and local candidates are asked to support the increased delivery of public housing.

In health terms, it has set its sights on fast food, asking that advertising and outlets be prohibited near schools.

“One in four of our children is now obese and overweight. We know there is a link between availability of fast food outlets and obesity and yet three-quarters of Irish schools have at least one fast food outlet within one kilometre,” it says. “We want local candidates to create healthy, family-friendly communities by preventing further building or advertising of this kind.”

There is also a call for greater child access to arts and community activities, often too expensive to participate in.

“Less than half of nine-year-old children and one-third of 13-year-olds take part in a cultural class or club (such as dance, drama and music) outside school time. We’re asking local candidates to ensure dedicated funding for children and young people to participate in these activities in their community with their friends.”

Ms Ward said many candidates had been in direct contact over the campaign and she believes it can be embraced politically.

“I do think it inspires people. If you go to Europe you want to have ideas,” she said.

About one tenth – 105,000 – of children in Ireland are growing up in consistent poverty, according to official figures.

The Government has previously said the key objectives of No Child 2020 will be reflected in the forthcoming Social Inclusion strategy for 2019 to 2025.