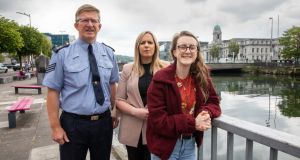 Housing charity Threshold has warned students to be cautious of bogus rental adverts, as part of a new “Scamwatch” campaign.

The charity, which provides support to tenants, has come across several cases where students from overseas lost money on rental scams. In two recent cases the charity dealt with students from Brazil who had been defrauded of €1,750, paid over in rent for a tenancy that did not exist.

The campaign is being run along with the University College Cork students’ union and An Garda Síochána.

Edel Conlon, Threshold service manager for the southern region, said the charity had “recently dealt with a number of cases of students, primarily from overseas, who have been victims of rental fraud”.

The Scamwatch campaign provided a list of tips to students, on how to avoid falling victim to rental scams.

“We strongly advise people to be cautious of a landlord who claims to be out of the country, [and]can’t show you the property but requests a deposit anyway,” Ms Conlon said.

“In other instances, the transaction appears normal until the renter finds that the keys don’t work and the ‘landlord’ has disappeared.

“Our advice to anyone looking for accommodation is to resist the urge to accept the first place they see,” Ms Conlon said.

The Scamwatch checklist advises renters to use Google maps to first verify that the property advertised exists. To always avoid paying in cash, and to get a receipt for the deposit paid.

The list advises against paying over any money until they have viewed the property, and to avoid transferring funds to anyone claiming to be the agent of the landlord, without first confirming their bona fides.

The checklist also recommends renters be suspicious of offers that are too good to be true, such as letting advertisements significantly below the average rate for the area.

Kelly Coyle, deputy president of UCC students’ union, said it was “shocking that many people find themselves at risk of falling victim to scams”.

It highlighted the difficulty facing many students looking for affordable accommodation in the current rental market, she said.

Sgt Stewart Philpott of the Garda community engagement unit in Cork, encouraged any members of the public who came across potentially fraudulent rental listings to report them to An Garda Síochána.