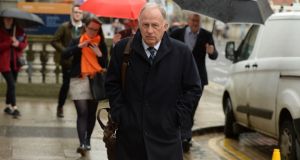 A barrister’s report into the actions of four senior Scouting Ireland volunteers in the handling of a rape allegation has faced significant delays.

The four senior volunteers were criticised in a confidential report by safeguarding expert Ian Elliott. In 2016 a female leader alleged she was raped by a male adult volunteer during a 2009 camping trip when she was 18 years old. Mr Elliott’s review, completed in January, found the handling of the allegation by the youth organisation was “deeply flawed”.

On foot of the report, the board agreed to appoint a barrister to investigate the actions of four individuals: chief scout Christy McCann; chief commissioner for youth programmes David Shalloo; chief commissioner for adult resources Therese Bermingham; and board member Ollie Kehoe. The four stepped aside in April, pending the findings of the barrister’s report.

Lorna Lynch BL was appointed to conduct the investigation, which was initially expected to be concluded by the end of May.

“While it is taking longer than originally anticipated, the issues being investigated are very serious and the outcome could well have far-reaching consequences for our organisation and all of those involved in the investigation,” Mr Lawlor said.

“It is taking a bit longer than I would like . . . but it is important that it is thorough, and more importantly that it is fair,” he said.

Mr Elliott, who is acting as an interim safeguarding manager for the organisation, also addressed the meeting.

“I have seen comments which have been made on social media and elsewhere, that somehow the staff have delayed the process. We have not in any way, I can say that with absolute certainty. I can’t say that for anyone else who is involved because I don’t have the information,” he said.

A senior source said the initial May deadline was likely too optimistic for the report to be completed.

Fine Gael TD Alan Farrell, chair of the Oireachtas committee on children and youth affairs, said the delay in the report was “disappointing”.

Finalising the report was a key step in the “rebuilding of public trust in the organisation”, he said, adding it was “imperative” Scouting Ireland clarify the reason for the delay.

Labour Party TD and spokesman for youth affairs Seán Sherlock called for the report to be made public when it is completed.

“It’s important that there is absolute transparency because the taxpayer demands it,” he said.

In the midst of the controversy over the handling of the rape claim, Minister for Children Katherine Zappone suspended State funding worth nearly €1 million a year to the organisation.

Scouting Ireland is to send the Minister a progress report on reforms. The voluntary organisation will be asked “to provide an update on the status of the independent barrister’s investigation,” alongside the report, a department spokesman said.

In June the organisation voted in favour of a governance overhaul that would change how its board is composed, including introducing independent directors. The changes must be approved by a second vote, at an egm to be held on Saturday, October 6th. An entirely new board will also be elected at the meeting.