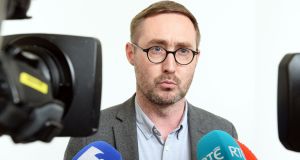 Fire safety works have yet to be carried out on at least 19 high and medium-rise buildings in Ireland identified as at risk after a review ordered in the wake of the Grenfell Tower tragedy.

Most of the buildings, which are all taller than six storeys or more than 18m high, are residential and “primarily located in the cities and larger urban areas”, according to the Department of Housing, Planning and Local Government. Some of the repairs required relate to issues with external cladding.

“You would have thought that any building identified as needing additional fire safety works would have had that carried out as a matter of urgency,” he said.

“These are buildings which would have high usage and in many cases high public usage.”

It found 291 buildings are fitted with cladding systems. External cladding was blamed for helping the fire spread at Grenfell.

Fire safety assessments were required in the majority of the identified buildings (226), but less than half (108) have been completed to date, latest figures show.

“Of these, fire authorities are proposing further action in respect of fire safety in 19 buildings where fire safety concerns – not in all cases related to external cladding – have been identified,” said a spokesman for the Department of Housing, Planning and Local Government.

“This fire safety assessment work is ongoing, and will be overseen by fire authorities and the [department’s] National Directorate for Fire and Emergency Management.”

Asked for the location of the buildings identified as at risk, the spokesman said the department “has not sought details of individual buildings from fire services”.

“Fire services are working with the building owners and their professional advisers to bring the buildings into compliance with fire safety standards as soon as practicable,” he added.

“The issues identified are not all related to cladding on buildings, and some issues are relatively minor.

“In some cases, remedial works related to alterations to fire protection features in buildings, such as fire detection and alarm systems, or maintenance and repair of fire resisting doors.

“Some remedial works to cladding systems have also been required – ranging from repair or removal of small cladding installations to replacement of cladding.”

Mr Ó Broin has called for a public hearing at the Oireachtas Housing Committee where government officials and fire brigade chiefs would be questioned about the ongoing review.

“There has been far too little public scrutiny of the audit and what has arisen from it,” he said.

“These latest figures highlight all the more the need for a public hearing into the review.”