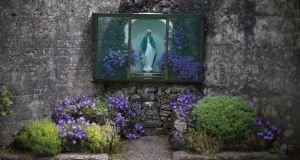 The release of the final report from the Commission of Investigation into Mother-and-Baby Homes has been delayed for another four months due to coronavirus.

The commission was scheduled to deliver its report in February but this was delayed to June 26th due to what it said were “complex issues” which had arisen in the course of its investigations.

It has now requested and received a further extension. The final report, which the commission said was “very close to completion”, is due to be delivered on October 30th. The extension was agreed in a meeting with Government on Friday.

The commission was established to inquire into the treatment of, and dealings with, women and children in 14 mother-and-baby homes as well as four county homes between 1922 and 1998. It was due to report within three years of its establishment in 2015. It was set up following claims that up to 800 babies may have been interred in an unmarked mass grave in the Bon Secours mother-and-baby home in Tuam, Co Galway.

Members of the commission have been working remotely during the pandemic to complete the report but “logistical difficulties” resulted in the need for an extension, the Department of Children and Youth Affairs said in a statement.

Minister for Children Katherine Zappone said the delay would be deeply disappointing for former residents of the mother-and-baby homes, many of whom have been impacted by coronavirus.

“Covid-19 has impacted and restricted all of our lives in many ways. Our older citizens, which include many of the former residents of the institutions, have been deeply affected by this public health crisis.

“Even though the commission has been working diligently during this time, they have been hampered in completing their report and are not in a position to deliver it as previously agreed on June 26th.

“I know former residents will be deeply disappointed with this delay. However, I also know that they will understand the effects and restrictions of coronavirus on everyday life.”

The Minister said former residents and their families would be alerted about the new timeline.