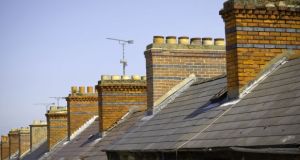 The coronavirus pandemic brought a significant increase in housing supply in urban areas and cities.

The cessation of a moratorium on evictions and rent increases during the Covid-19 emergency will make it more difficult for people outside the Dublin region to find homes, the Simon Community has warned.

The charity made the comment on foot of its new report, Locked Out, which shows positive developments in the private rental market around the capital but less so elsewhere.

Examining 16 areas advertised on the website Daft.ie in March and later in June, it found the pandemic had brought about “substantial change” in the market including a significant increase in supply in urban areas and cities.

However, it said, this has not been met with improved affordability - a significant increase in properties that qualify for the HAP scheme (Housing Assistance Payment) are limited to the Dublin region.

Spokesman Wayne Stanley said the Government’s recent move to end a ban on evictions and rent hikes during the emergency would not help.

“There is widespread concern about the impact of those changes, the findings of the report suggests that the impact could be particularly felt by those outside the Dublin region. They will find it harder to secure alternative accommodation,” he said.

The main findings of the report, published on Thursday evening, were an 80 per cent increase in the number of available properties in the study areas between March and June as lockdown and other restrictive measures gripped the country.

During a three day period in late June, there was an average of 2,988 rental properties available compared to 1,652 in March.

Of those, 28 per cent fell within the financial limits of the HAP scheme. However, over 93 per cent of the properties possibly affordable to those on a HAP payment were in the Dublin region. Just 52 properties were available elsewhere.

Single people fared worse - just nine one-bed units were within standard HAP limits while overall, just 2.2 per cent of properties came within HAP limits for that category of renter.

“The report highlights trends that are being seen by homeless services. For single people finding accommodation is difficult across the country,” Mr Stanley said. “In Dublin we continue to see [movement] into the private rental market for families. Outside of Dublin it is much more difficult.”

In Limerick City, Galway City and Portlaoise there were no properties available to those dependant on assistance payments.

In Galway City, the report found that despite a 127 per cent increase in overall availability, no single bed properties qualified under the HAP scheme rates.