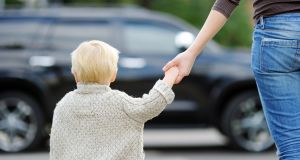 The notes state that there is ‘no additional capacity within the existing foster care pool’. Photograph: iStock

Public sector workers – including teachers and those working from home – may be asked to act as foster carers for children during the Covid 19 pandemic, it has emerged.

Documents drawn up for Minister for Children Roderic O’Gorman also reveal Tusla may have to implement “cost containment measures” that could impact services because of a looming overspend of €27million.

Briefings documents also reveal newly emerging cases of illegal birth registrations and issues around the vetting of those working with children. They also signal a referendum may be needed to give adopted people access to information on their birth.

The notes state there is “no additional capacity within the existing foster care pool” and that “it is possible that there will be an increase of children requiring foster placements due to current foster carer illness as a result of the Covid-19 crisis and as parents in general become unwell and there are no family or friends available to look after them.”

In light of this Tusla senior managers have written to the Department proposing measures to supplement the existing pool of foster carers for the period of the Covid-19 emergency.

“The proposal is that Tusla workers and other public sector workers such as teachers, social care workers and others who are working from home could be approached to act as foster carers for children during the emergency period.”

The document says that in some cases these workers may already know the children in question and so could be assessed as a “relative carer”.

The proposed foster carers and members of the household over 16 years would be subject to Garda vetting, reference checks, online assessment and a “virtual tour” of the household.

“An emergency regulation signed by the Minister, allowing for the placement of children without the usual full assessment and approval procedure for foster carers is required,” the briefing states.

Tusla have also notified the Department that more confirmed cases have been identified in relation to illegal adoptions.

In 2018 it emerged that 126 births between 1946 and 1969 had been deliberately and falsely registered, with the names of the adoptive parents incorrectly recorded as the birth parents. The errors were disclosed when Tusla investigated files marked “adopted from birth” held at St Patrick’s Guild, a former adoption society.

The briefing document says there have been more confirmed cases of this on the St Patrick Guild files, bringing the total to 151 from an original figure of 126 in May 2018.

“It is understood that there is a high likelihood that a number of High Court proceedings will be taken by individuals affected by illegal registration, and a number of cases have now been instigated,” the note says.

The Irish Times reported last year how the Garda National Vetting Bureau said that certain employees do not need to be vetted because the presence of children is “incidental” to the job itself.

In the Minister’s briefing, officials say that the National Vetting Bureau “will only process Garda vetting applications clearly stating that the board members or ancillary staff members have regular access to and contact with children as part of their duties.

“Tusla has confirmed that services who can demonstrate that they have been unsuccessful in attempts to have board members vetted will not be found as either compliant or non-compliant. Tusla has advised services that unvetted board members/ancillary staff who have access to children should not be allowed to carry out their duties when children are present.”

The Department plans to liaise with the Department of Justice and Equality to “request the amendment of Garda vetting legislation in order to ensure that every individual working with children in any capacity, as set out in the Child Care Act Regulations, in an early learning and care service must go through Garda vetting procedures.”

The possibility of a referendum to give adopted children access to their birth records has also been raised. Recent attempts have failed to balance the competing rights of privacy and information to allow full access to records be granted.