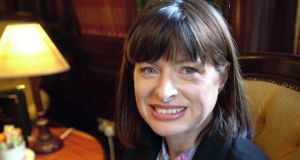 Ombudsman for Children Emily Logan is to be nominated as chief commissioner of the new Irish Human Rights and Equality Commission.

Ms Logan will step down from her post as Ombudsman for Children – which she has held for a decade – to take up the new role later this year.

The new body was formed following the merger of the Equality Authority and the Human Rights Commission. It is charged with promoting the human rights and equal status of everyone in society.

In a statement yesterday, Ms Logan said it had been a privilege to serve as Ireland’s first Ombudsman for Children.

Children’s campaigners paid tribute to her work in investigating and challenging how public services were delivered to children.

Many also acknowledged the cultural change which has flowed from much of this work, which helped ensure the rights of children were to the fore in decisions affecting them.

“She has highlighted gaps in the provision of services for some of the most vulnerable children including children in care, children in detention and homeless children,” said Jennifer Gargan, director of Epic, a group which represents children in the care system.

“We would like to thank her for her professionalism, commitment and dedication on these issues, and wish her all the best in the future. She will be missed.”

Legislation providing for the formal establishment of the new commission is due to be signed into law shortly.

The formal appointment of Ms Logan, and 14 other members of the commission who were designated in April, is likely to occur in September.

Betty Purcell, acting chair of the commission, said she warmly welcomed the announcement and looked forward to them working together for the promotion and protection of the human rights and equality of everyone in Ireland.

Aodhán Ó Ríordáin, Minister of State with Responsibility for Equality, said Ms Logan brought a wealth of experience from her role as ombudsman to the new role.

State bodies involved in the promotion of equality and human rights have suffered heavily as a result of public spending cuts.

Between 2008 and 2011, for example, the number of cases supported by State equality and human rights bodies – such as the Equality Authority and the Irish Human Rights Commission – fell by up to 66 per cent.

Campaigners say that the merger of bodies in this area has been the result of cynical cost-cutting, but the Government has insisted the moves will ensure their work is done in a more efficient and coherent way.