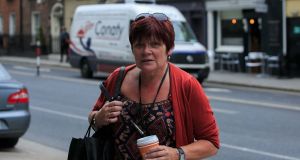 Coroners are to be asked to record the ethnicity of people who die by suicide, an Oireachtas committee has heard.

John Meehan, head of the National Office for Suicide Prevention, told the committee on issues affecting the Traveller community that the ethnic background of a person found to have died by suicide is not recorded at inquests, making it impossible to know with certainty suicide rates among minority groups.

Though studies showing the Traveller community’s suicide rate to be six times that of the settled community were “widely accepted as accurate”, it was “difficult to assess” exact rates.

“Unfortunately the data provided by the CSO [on suicide] does not capture a wide range of information including ethnicities [as it relies on coroners’ data].

“That’s a big conversation . . . Internationally there is a move to have those discussions with the coroners and indeed [about] how we can target specific data from coroners’ reports,” he said.

Independents 4 Change TD Joan Collins told the committee it was “important that conversation” with coroners “is moved along sensitively but quickly also, because we need to be able to identify where the issues are in the health service, in the mental health services and also in the CSO changing that”.

Mr Meehan said: “I’m not sure it will happen as hastily as we would all like but rest assured that conversation has to happen.” He added it was an issue too for other priority groups, including the LGBTI+ community.

“It’s completely unacceptable that we are spending approximately €1 billion on mental health services each year and we don’t have a national mental health information system including KPIs on ethnic minority groups,” she said.

Counsellor and chief executive of the Clanwilliam Institute Dr Aileen Tierney said she had assumed she would fully understand Travellers’ mental health vulnerabilities linked to discrimination.

Instead she found she could “oscillate between shame, sadness and outrage and a feeling of hopelessness and powerlessness in relation to my work with the Traveller community”.

She was angered by the reality that “Traveller mothers [have to] prepare their children to manage discrimination”.

“Shame should be a call to action, shame for our history in Ireland in relation to the appalling treatment of Travellers,” she said.