Service thanks donors and volunteers for help over course of 2015 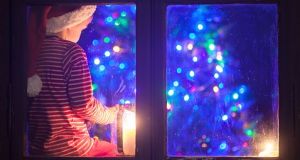 Childline volunteers dealt with over a thousand calls, texts and messages from distressed young people on Christmas Day , according to the charity. Photograph: Thinkstock

Childline volunteers dealt with over a thousand calls, texts and messages from distressed young people on Christmas Day , according to the charity.

Overall, 1,176 contacts were received by the organisation’s 70 volunteers who operated the service on the 25th December, roughly equal to the 1,200 contacts received during Christmas last year.

The listening service, which is run by the Irish Society for the Prevention of Cruelty to Children, revealed that many of calls and messages came from children who felt lonely or who were getting in touch to seek support or reassurance.

“The season can bring unwelcome stress on families, and issues such as financial pressures, worries about housing and alcohol misuse in the home can have a hugely negative impact on children’s experience of the day,” said Childline chief executive Grainia Long.

“Many of the children who contacted Childline on Christmas Day were concerned about the effects of alcohol being consumed in the home, while several others were alone, or looking after siblings and feeling isolated and lonely,” she added.

Childline also sought to thank members of the public who have donated generously over the last year, as well as corporate donors and the army of volunteers who operate the phones 24/7 every day of the year.

One particular trend identified this year was the almost 900 contacts received from children who were concerned about homelessness, which prompted Childline to launch a dedicated text service for young people who find themselves in such a situation.

A recent report from Focus Ireland shed more light on the topic, revealing that more than 1,000 children under the age of eight remain homeless in Ireland- which represents some 60 per cent of the 1,500 children who have relied on emergency accommodation across the State over a six-month period earlier this year.