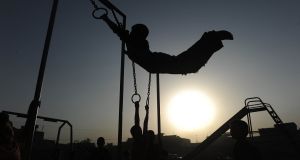 Tusla, the State’s child and family agency, is to carry out a review of why children who were neglected, abused and traumatised were left with their mother for five years after first coming to the attention of social services.

But we don’t have to wait for the findings.

We know exactly how the child protection system is failing some of the most vulnerable young people.

A lack of early intervention. Too much focus on fire-fighting emergency cases. Poor co-operation between State agencies. A system responding too late to neglect and welfare concerns. A frontline service struggling to deal with the volume of referrals.

These issues may sound familiar. That is because they feature in the recommendation of almost 30 inquiries into the State’s handling of child abuse cases over the past two decades.

Most have pointed to the same pattern of lapses in communication between State agencies, the lack of a standardised approach to dealing with abuse concerns, and a lack of emphasis on preventive measures.

The establishment of a separate State agency with sole responsibility for child and family services was supposed to change all that.

Tusla, the Child and Family Agency, held the promise of ensuring that child protection issues would deliver a more cohesive service, backed by resources and greater accountability.

Many hoped it would lead also to a greater focus on early intervention and intervening in situations before they escalate into crises.

The reality on the ground is that critical gaps remain.

Key services such as mental health and public health remain separate from the new agency. If anything, relations between social services and these vital supports have deteriorated in recent years.

Social workers in some parts of the country also feel isolated and unsupported, struggling in some cases with high caseloads.

Thousands of reports of suspected abuse, neglect or welfare concerns – many of which are classified as “high priority cases” – are waiting to be allocated a social worker.

While Tusla insists all urgent cases are dealt with immediately, there are always risks when waiting lists are involved. But the longer it takes to intervene in a case, the higher the likelihood of a concern turning into a scandal.

Funding is also an issue. Even though Tusla received some extra resources last year, it was mostly to plug gaps.

It is nowhere near enough to shift the focus of the agency away from fire-fighting towards the resource-intensive, preventive work so urgently required.

Staff turnover remains an issue . Trust and relationships are key in effective social work. But in a sector where agency staff are being used to fill staffing gaps, there is a danger that these are in short supply.

The establishment of Tusla has at least hastened some welcome reform. Staff say management is getting better and there is a greater emphasis on standardising how the service responds to child protection concerns.

Progress is being made on tackling case loads and unallocated cases. There are also pockets of good early intervention work and a new focus on “meitheal”, a way of working aimed at ensuring proper supports and services are made available to children and families when they are required.

But the system is still responding too late in some cases to the needs of vulnerable children at real risk of abuse and serious neglect.

It would be easy to demonise individual social workers. There is of course poor practice. There are, however, a great many who go the extra mile and do their utmost to support children and their families.

But they are working within a system which is still responding too late in many cases to the needs of those at serious risk of abuse or neglect.

Reports on high-profile abuse cases over recent decades share another key recommendation: the need to invest properly in supports and services for children and parents.

You can find them in the recommendations of the Kilkenny incest case, the Kelly Fitzgerald case in Mayo, the McColgan cases in Sligo, case reviews into the deaths of the children such as Tracey Fay and Danny Talbot, and the Roscommon abuse report.

There is still no sign of the State investing the kind of resources into this sector that could result in decisive, system-wide change. The result is that too many children remain at risk.

Are there other families at risk or suffering from abuse and neglect where services have failed to intervene early enough?

It’s impossible to say, but we do know this: the problems highlighted in the case before Galway Circuit Court are not unique and are replicated in other parts of the country.

If we as a State and a society fail to invest or follow through on vital recommendations, we cannot feign surprise when yet another scandal of abused children emerges in the future.