Call for debate on criminalising cyber-bullies 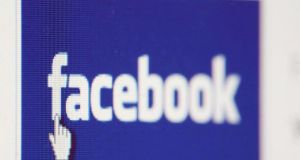 “In the Facebook generation we are all publishers; every one of us is a Rupert Murdoch.”

Serious questions need to be addressed as to whether society wants to see its children criminalised under the law for abusing social media, a conference on cyber-bullying heard today.

David Allen, a solicitor specialising in free speech, said that introducing legislation to cover online behaviour could be a retrograde step as traditional laws already apply.

“There is no need to regulate social media within the law,” he said. “Primarily, I would like to see education. [That is the way] we really need to be looking today.”

He was addressing the conference, ‘Dealing with Cyber-bullying: A Practical Approach’, at the Dun Laoghaire Institute of Art, Design and Technology in Dublin today, attended by teachers and a cross section of the online industry.

Remedies for inappropriate behaviour could be applied under existing civil law such as defamation and privacy violation, he said. “In the Facebook generation we are all publishers; every one of us is a Rupert Murdoch. ”

Conversely, it is unlikely that individual sites would be held liable for their content as hosts, due to the overwhelming level of information flow, said Mr Allen. Rather there was an onus on them to remove offensive material once it has been brought to their attention. Victims of anonymous posts can demand information identifying the source should they wish to pursue litigation.

Mr Allen said there was also a criminal option through the application of harassment law but that this raised its own questions.

“The implications we are talking about here is criminal records for kids, jail time. This is a big question you have to ask yourself: is this something you want to see for your kids?” he asked. “Is this what we want to see in the context of kids and cyber-bullying?”

He added that while there was a certain duty of care responsibility for teachers, individual liability would be reduced where schools introduce a clear code of conduct.

Other speakers today included Ethel Quayle of the University of Edinburgh who addressed the growing phenomenon of ‘sexting’, the transmission of sexually explicit material, and Professor Mona O’Moore from the Anti-Bullying Research and Resource Centre at Trinity College Dublin, who spoke about general guidelines for preventing cyber-bullying in schools.