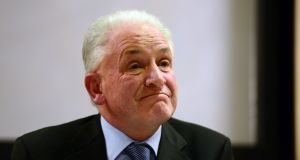 Redemptorist priest Fr Tony Flannery has asked why he remains removed from public ministry by the Vatican when it now appears senior Catholic church figures recently expressed views not dissimilar to his own.

A co-founder of the Association of Catholic Priests, he was suspended from public ministry by the Vatican in 2012 for publicly expressing support for women’s ordination and same-sex marriage, as well as liberal views on homosexuality.

Last September it emerged he had declined a Vatican offer of a return to ministry if he promised silence and signed statements on church teachings. The offer involved signing documents asserting traditional church teaching on women priests, homosexuality, same-sex marriage and gender theory.

He noted how last week it was reported that Bishop Georg Bätzing, president of the German Catholic Bishops’ Conference, was reported as saying he favours women being ordained as deacons.

Bishop Bätzing had added: “There are well-developed arguments in theology in favour of opening up the sacramental ministry to women as well”.

Fr Flannery then pointed to an Irish Times interview with Archbishop-elect of Dublin, Dermot Farrell, published last Saturday, where he had said “he would like to see women becoming deacons in the church”.

The priest continued that the Archbishop-elect “ is reported as going on to say that ‘the biggest barrier to having female priests in the Catholic Church is probably tradition, not the scriptures’. In saying this he appears to undercut the main argument used by the Church against the ordination of women.”

Fr Flannery asked: “Will either of these two senior clerics be asked by the Congregation for the Doctrine of the Faith (in Rome) to sign a document which states; ‘a baptised male alone receives ordination validly’?”

It was not his wish that they be asked to do so, “but it is worth pointing out that this is what I have been ordered to sign as a precondition of being ‘gradually’ restored to ministry”, he said.

Archbishop-elect Farrell had also said in his interview that “Pope Francis has given Catholics ‘a great lead’ on homosexuality, adding that the church’s description of it as a ‘strong tendency ordered toward an intrinsic moral evil’ is language disliked by the Pope”.

This being so, Fr Flannery asked, “Will either of these two men be asked to sign the following (as he was), also from the Congregation for the Doctrine of the Faith: ‘Since homosexual practices are contrary to the natural law and do not proceed from a genuine affective and sexual complementarity, they are not approved by the moral teaching of the Catholic Church’?”

Again he emphasised that it was not his wish that this should happen, “but such is the statement demanded of me as a precondition of ‘gradually’ returning to priestly ministry”.

Fr Flannery continued: “Given that the opinions I have expressed on these matters are now being held and expressed by many people of all levels right across the Church, without any apparent sanction, I am curious to know how any Church authority, ecclesiastical or religious, justify and condone the sentences that have been imposed upon me.”