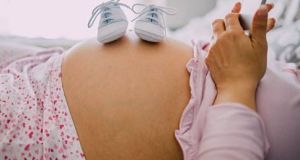 An increasing number of “over anxious, middle-class mothers” have unrealistic expectations of having “perfect births”, a leading obstetrician has said.

Dr Aoife Mullally, who practises at the Coombe Women’s and Infants Hospital in Dublin and at Portlaoise Hospital, said there was anxiety among many women about not having epidurals, C-sections or being induced, and who were “disappointed” if they had, despite going home with a healthy baby and healthy themselves.

This was an “elitist” view of how birth “should be” that judged and controlled women, and was unfeminist, she added. It was as valid a birth whether the mother chose an epidural, a C-section, or a birthing pool.

While birth with as little medical intervention as possible was seen by many as “reclaiming” birth from a male-dominated, medicalised model, she said women who could not, or chose not to, endure such “natural” births were by implication judged to have let themselves down, she said.

“Women put huge pressure on each other and themselves. There is a mismatch in expectation,” she said.

“Natural birth is a philosophy that assumes economic security, ready access to medical technology and the leisure to construct an ‘identity’. It is about the mother and how she would like to see herself, not about childbirth and not about babies.”

“Most women in the Coombe have a birth plan. Very few in Portlaoise have birth plans, and the spontaneous births are higher in Portlaoise. Their expectations are very different and yet their ‘normal’ outcomes are better. It may have something to do with the age differences.” The average age of women attending Portlaoise maternity services was younger, she said.

Quoting American obstetrician Amy Teuter, she said: “For many women the birth experience has acquired a similar status to one’s wedding day – over privileged, over-anxious middle-class ‘birthzillas’ harassing well-meaning hospital staff with unrealistic birth plans, all the while egged on by ill-informed, overpaid midwives and doulas.”

She asked was it feminist to revere “effortlessly fertile, blissfully pregnant women who find affirmation in the excruciating”?

What feminists should be doing, she argued, was fighting for safe, affordable maternity services for all women, worldwide. “You can only refuse an epidural when an epidural is available,” she commented.

“As feminists we need to change the narrative around maternity care in Ireland, around fighting for equal access to all services for all women, around improving morale, recruitment and retention, and supporting healthcare professionals in the aftermath of adverse events.”