Entire budget drawn down for the first time since 2014, but housing need still ‘dire’ 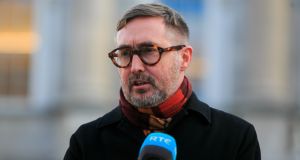 The entire Traveller housing budget this year has been drawn down for the first time since 2014 – with spending the highest in decades.

A total of €14.5 million was allocated for local authorities to spend on Traveller accommodation for 2020, and almost €15 million has been spent.

The overspend coincides with radical changes to the way Traveller housing funds are allocated to councils, and will be seen as vindication of the new policy.

Traveller advocates warn, however, there remains a dire level of housing need, including significant homelessness, in the community.

Figures provided by the Department of Housing show €14,497,654 was spent on Traveller housing this year – almost €500,000 more than expected.

The last time all funds were spent was six years ago, when €3 million was allocated and €3.1 million spent.

In 2015, when 10 people died in a fire on an unofficial halting site in Carrickmines, Dublin, €4.3 million had been allocated and almost all (€4.1 million) was spent.

Thereafter, however, amounts left unspent increased even as there were growing numbers of Traveller households in unsafe, overcrowded housing conditions.

Last year, of the €13 million provided by the department, just €8.6 million was spent, with 10 local authorities not spending a cent.

Since 2000, €69 million earmarked for Traveller housing was unspent. In 2017 and 2018 almost half the national allocations were not spent and in the latter year 10 local authorities did not spend anything.

The most recent data, from 2018, showed there were more than 1,000 Traveller families living in unsafe, insecure or overcrowded conditions – 591 on unauthorised sites, ie by the side of the road and usually without running water, toilets or secure electricity, and 927 sharing accommodation with other families.

For several years senior officials in the department’s Traveller Accommodation Support Unit had argued the budget allocation system was complex, that many local authorities appeared to misunderstand it, and that there was a widespread “reluctance” among councils to spend on Traveller housing until funding allocations materialised, even where the department had approved plans.

In January, in a circular issued to the 31 councils, the department detailed changes to Traveller housing budget allocations.

“In order to simplify the procedure while still maintaining an oversight, you are not being requested to provide commitments tables to inform an allocation process,” it said. “All requests for funding will assessed and approved on a case-by-case basis [throughout the year].”

“For the first time in almost a decade we are seeing the full budget used. This was mainly used for the refurbishment of existing Traveller housing,” he said, however. “We are still a long way from addressing the current and future needs, with 3,000 children in 2,000 families still requiring accommodation.

“However, this gives us confidence we are moving in the right direction. We look forward to working with Minister of State Peter Burke and the department to address Traveller accommodation.”

Sinn Féin spokesman on housing Eoin Ó Broin, also welcoming the expenditure, said he would seek details on “whether the funding was spent on new accommodation, refurbishment of existing units or Covid-19 related works on sites.

“The Minister now needs to ensure that the full allocation is spent in 2021 and that the recommendations of the expert group on Traveller accommodation, published last year, are fully implemented in 2021.”