Why ‘jazz hands’ is not the way to combat anxiety 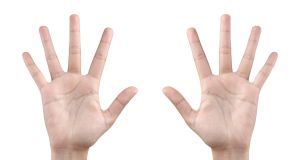 Jazz hands: what is actually needed instead is the fostering of psychological resilience. Photograph: iStock

I recently heard a radio discussion of Oxford University Student Union’s decision to discourage clapping at all union events to make them less overwhelming for people prone to anxiety or over-stimulation from loud noises.

Instead of clapping, students are to use “jazz hands”, sign language to signify applause – waving hands in the air. However, I believe most of the current widespread concern to protect young people in education from “slings and arrows” is mistaken, albeit well-intentioned, and what is actually needed instead is the fostering of psychological resilience.

Most of what we hear about dealing with stress in our educational system concentrates on avoiding stress. This approach is wrong

In Ireland reform of our second-level educational curriculum has been mentioned as a way to reduce the stress imposed on students by the CAO points system. And at third level we have various codes of politically-correct procedures intended to protect vulnerable students from exposure to stress.

Things have gone much further abroad, sometimes to a ridiculous extent. In American universities lecturers are required to issue “trigger warnings” prior to any lecture that includes content that might trigger emotional stress in some students, for example, references to slavery in a history lecture. Also students often prevent visiting lecturers from speaking on campus if they think the speaker would air politically incorrect views. And some university campuses provide “safe spaces” where students are guaranteed not to be exposed to any upsetting experiences. Some of these practices are now leaking across the Atlantic.

I am fully in favour of measures to remove abnormal stress from young people’s lives, for example, bullying and sexual harassment. And the long established Student Counselling Services are an essential part of normal third-level student health services. But serious normal stressors can never be removed entirely from human lives. We must be able therefore to deal with stress and the principal mechanism for doing this is psychological resilience.

Most of what we hear about dealing with stress in our educational system concentrates on avoiding stress. This approach is wrong. For example, let’s say you are afraid of dogs and fear going for a walk in case you encounter a dog. You consult a clinical psychologist for help. Will the psychologist counsel you to avoid dogs and plan walks so you will not encounter dogs? No – you will be trained to develop psychological resilience to your fear. Telling you to avoid dogs would be useless – dogs are pretty much everywhere and cannot be avoided. And, even if you could somehow avoid dogs, your underlying dog-fearing weakness would probably generalise to a fear of another animal, like cats.

To achieve psychological resilience is to be inoculated against stress, analogous to inoculation against disease by vaccination. To take the analogy further, dealing with stress by avoiding it is like protecting a child from disease by using germicidal agents to kill all germs in the child’s environment. This only weakens the child because he/she cannot develop natural resistance.

Some people are naturally more psychologically resilient than others but resilience can be developed. Evidence-based methods to develop resilience in children are described by Emma Young (Research Digest, British Psychological Society. November 2019). And a Californian study of undergraduate students showed that a brief programme to build psychological resilience improved students’ level of optimism and sense of self-control.

The American Psychological Association suggests ways to build resilience that include: maintain good relations with family, friends and others; see stressful events as a normal part of life rather than as unbearable problems; accept circumstances that cannot be changed; develop and work towards realistic goals; take decisive action in adverse situations; expect good things and visualise what you wish for.

Rather than focussing on how anxiety or stress might be eliminated or avoided, psychological resilience should be seen as an integral part of growing up and should be fostered in our education system.