Why Galileo is in the ‘news’ again 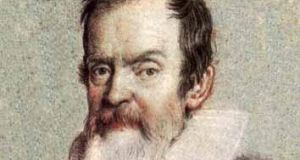 Galileo has long held a central place in the history of “the conflict” between science and religion.

Rarely does the historian of science have anything to write about that could legitimately be considered “news”. Even more rare is the “discovery” of a new source for a topic that has been so thoroughly investigated as Galileo’s battles with the Catholic Church in the 17th century.

And yet . . . just last month a researcher at the Royal Society called up a letter of Galileo’s the society had listed in its online archive. Salvatore Ricciardo assumed the letter would be a copy of a source that historians were already familiar with. He found something quite different, which may change our interpretation of this familiar controversy between science and religion.

Galileo Galilei has long held a central place in the history of “the conflict” between science and religion. Galileo’s investigations of the planets with his telescope led him to embrace the idea that the earth was not the centre of the universe and in fact (as Copernicus had suggested almost a century before) revolved around the sun. However, such views seemed to call into question the truth of passages in the Bible that suggested the opposite. Galileo attracted the attention of the Inquisition and was eventually placed on house arrest and forced to recant many of his ideas to escape further punishment.

I placed “conflict” in quotation marks because contemporary historians are less inclined to see the events as a conflict. Much of the inflammatory rhetoric that we associate with Galileo’s relationship with the Church derives from 19th-century interpretations. In the age of papal infallibility, Protestant polemicists seized upon the story of Galileo as a demonstration that the Catholic Church was ignorant and cruel. Galileo became a kind of intellectual hero, trying to stand up for truth and science.

Recent interpretations have painted a more complex picture. Perhaps most influential was the work of Mario Biagioli (Galileo, Courtier) which suggested that Galileo was punished as much for his inability to navigate the politics of patronage as for his actual ideas.

What will the “new” letter tell us? Well, it appears to be a draft of a letter that indeed there are many copies of. Copying letters was relatively common practice at the time and can make it hard for historians to interpret the variations. Furthermore, letters were circulated (both intentionally by writers and without their permission) and so the audience for the letter was rarely just the person to whom it was addressed.

The Royal Society’s letter is one version of a letter that eventually got Galileo in trouble with the Inquisition. He wrote the letter to his friend Benedetto Castelli and in it he described his ideas about the movement of the planets and explained his views on whether they contradicted scripture or not.

At least two versions of the letter exist in archives – one is less inflammatory than the other. Galileo had accused his enemies of circulating the inflammatory letter to damage him. However, the Royal Society’s letters suggests instead that the bold letter was the “true” one and that Galileo edited it to tone it down. The “new” is full of crossings out and changes of phrase and is signed by him.

Historians may continue to argue about these letters and their meaning well into the future. The letters draw attention to the fact that all histories are interpretations of existing, often limited, evidence. As such, they are always open to new interpretations.