Journalism competition focuses on the love of science 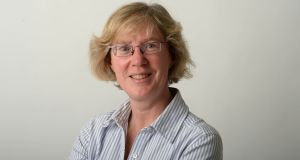 Applications for the 2019 Mary Mulvihill Science Journalism Award 2019 for students, themed “science for the love of it”, are now open.

This is the third year of the competition, which commemorates the work and legacy of science journalist, author and Ingenious Ireland founder Mary Mulvihill.

As a writer, broadcaster and regular contributor to The Irish Times, Mulvihill (1959-2015) was motivated by her love of science, and she often chose to feature scientists who themselves showed passion and love for their work.

Entries can include audio or video interviews, mini-features on life stories, extended reportage, a written essay that presents a sustained argument, a photographic essay that represents the working and personal life of a passionate scientist, blog posts on case studies, or combinations of any of these formats. As guidance on the scope of an entry, this might be an essay, a series of blog posts, a group of mini-features, all adding up to 2,500 words, or a video or audio production of 12 to 15 minutes.

The award is open to undergraduate and postgraduate students enrolled in an Irish higher education institution at the time of submission. Joint entries or individual submissions are eligible. The competition is open to unpublished work or material published or broadcast after September 1st, 2018. Closing date for entries is March 31st, 2019.

The passion of amateur scientists – astronomers, birdwatchers and citizen scientists – has long been celebrated, and being a nerd or a geek is now considered a badge of honour.

It’s that dimension we’re encouraging entrants to explore. How do scientists actually feel about their work?

But the personal motivations of professional scientists are often framed by other concepts, such as ambition, obsession or intellectual curiosity. Scientists are less frequently asked about the feelings they have for their work. When they are, they may acknowledge they love the bacteria, the materials, the equations or the galaxies their research is focused on.

“Much of the focus in scientific research is on product – an outcome or a result that can shed new light on a particular area – and on professional accomplishment, whether it’s a publication in a high-impact journal, a notable prize or some other achievement,” according to the competition’s administrator Cormac Sheridan.

“We generally give far less consideration to the personal feelings of scientists towards their subjects, be they bogs, bugs or galaxies. It’s that dimension of science we’re encouraging competition entrants to explore. How do scientists actually feel about their work?”

The organisers hope to see this dimension of science explored, “be it through the experience of the person submitting the entry, or that of a single scientist or a group of scientists (amateur or professional). It could be depicted in stories, memories or images that reflect a love of science.”

Judges for the 2019 award are: Ellen Byrne, creative director and co-founder of the Festival of Curiosity; Karlin Lillington, Irish Times tech journalist and columnist; Nigel Monaghan, keeper of the natural history division of the National Museum of Ireland; and Anne Mulvihill, Mary’s sister.