Whenever an asteroid hits Earth ‘it will be catastrophic’, says astronomer 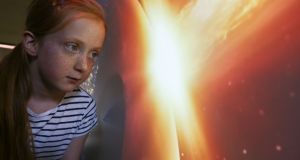 Eva McGuinness (11) from Educate Together national school, Newcastle, Co Galway, who enjoyed a day of education about asteroids with physicists from the Centre of Astronomy at NUI Galway, to mark World Asteroid Day. Photograph: Aengus McMahon 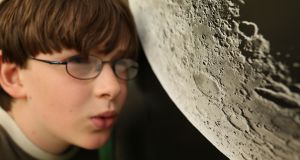 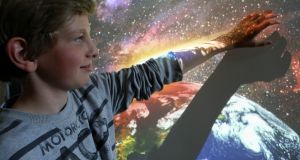 It’s the question lingering on the minds of many people across the world today: “Is an asteroid likely to hit Earth in our lifetime?”

The answer from NUI Galway astronomer Prof Andrew Shearer will provide varying degrees of comfort, depending on perceptions of risk arising from the probability of such an extreme event in the course of time.

“Very unlikely,” is his emphatic response. The but, however, is: “When it does hit, and one will hit eventually, it will be catastrophic.”

For that reason there is an enormous amount of interest in trying to detect asteroids – rocky, airless worlds that orbit our sun but are too small to be called planets – that might hit Earth. Type “asteroid hazards” into Google and a massive website surfaces containing all known asteroids.

The latest estimation this World Asteroid Day is none is likely to hit Earth in the next 300 to 400 years. There is another but: “New asteroids are being discovered every day,” Prof Shearer pointed out.

In spite of the scale of likely destruction, scientists from the Centre of Astronomy at NUIG are in celebratory mood as they are the designated Irish hosts marking WAD. The highlight was workshops with almost 100 students from fourth, fifth and sixth classes at Educate Together National School in Newcastle, Galway. It confirmed young people’s captivation when it comes to space.

Great questions were considered: What could we do to combat an asteroid on a collision course with Earth? What happened to dinosaurs when a giant asteroid hit? The students also heard about two asteroids named after NUIG astronomers: Prof Shearer and Dr Aaron Golden. Both are known as main-belt asteroids that are located between Mars and Jupiter, which orbit about 300 to 400 million kilometres from the sun.

“It is a wonderful opportunity to engage schools and community in an international scientific event,” said Prof Shearer. “Asteroids, relics from the birth of the solar system, give us a fascinating insight into what we are made of. Famous asteroids include the one which killed the dinosaurs. The question remains: are we still at risk from asteroids crashing into Earth?”

The day is also “a global awareness campaign to learn about asteroids; the impact hazard they may pose, and what we can do to protect our planet, families, communities, and future generations from future asteroid impacts”. Co-founded in 2014 by Dr Brian May, astrophysicist of note and lead guitarist of the rock band Queen, it is held on June 30th each year to mark Earth’s largest asteroid impact in recorded history. That was the Siberia Tunguska event of 1908, which devastated more than 2,000 km2 of forest, an area the size of a major metropolitan city today.

In 2016, Asteroid Day was declared by the UN to be a global day of education to raise awareness about asteroids, their role in our solar system and the need to use science and technology to increase our knowledge and ability to protect humanity from dangerous impacts and facilitate future exploration. This year, more than 700 events in 190 countries are taking place around the world.

A public talk by Dr Ray Butler from NUIG Centre for Astronomy entitled “Asteroids: Earth in the Firing Line” takes place at the university’s Kirwan Theatre in the Arts Science Building at 7pm.

Nasa Facebook live videos with astronauts from Johnson Space Center in Houston, can be accessed using the hashtag #NewAstronauts at: https://www.facebook.com/NASA/videos/10155270254981772/