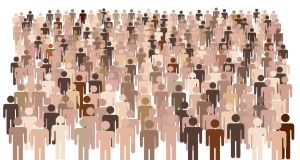 Demographers predict fertility rates will soon drop below 2.1 for the first time in history, falling below 1.7 by 2100.

Environmentalists have an irritating tendency to cast humans as environmental pests. David Attenborough falls into that category. “We are a plague on the planet” and “either we limit our population growth or the natural world will do it for us”, he said in a Radio Times interview in 2013. Humans in large numbers undoubtedly press on ecosystems but humans are also clever and produce technologies that counter negative environmental impacts.

Scientific analysis indicates that, coincident with burgeoning world population numbers and industrialisation over the 20th century, many indicators of human and environmental flourishing soared to unprecedented heights. And so, although seemingly paradoxical at first, it can be argued – eg Glenn Stanton in Quillette (December 2020) – that significantly reducing world population numbers would damage both human flourishing and the natural environment. I’m not saying this argument is conclusive but the perspective is fascinating.

Attenborough was seemingly unaware in 2013 that world population growth had significantly slowed down. Fears that humans will overrun the Earth ignore the data and demographers now worry more about a shrinking than an exploding global population.

In order to hold population numbers steady, a fertility rate of 2.1 children per woman is necessary. World fertility rate is now 2.4 and falling. Demographers predict fertility rates will soon drop below 2.1 for the first time in history, falling below 1.7 by 2100. As people get richer they prefer to spend their money nurturing fewer offspring.

Beyond 2100 the projected fertility rates in 183 of the 195 countries in the world will be too low to maintain current population levels. Populations will halve by 2100 in 23 leading countries, including Japan, South Korea, Spain, Italy and China and another 34 countries will see populations fall by between 25 per cent and 50 per cent.

Key requirements for human flourishing include clean air, clean water, plentiful food and protection against natural hazards. How have we fared globally in these areas as population numbers and industrialisation soared over the 20th century? Very well indeed, according to the respected database Our World in Data and the Oxford University Martin School. Granted, global warming is a problem, but it is manageable.

Death rates from air pollution decreased by more than 50 per cent since 1990. Access to clean water increased by 68 per cent between 1990 and 2015. The world now produces enough food to feed 10 billion people, 28 per cent greater than current world population and grown on less land per capita than ever before. The percentage of malnourished people decreased from 15 per cent in 1990 to 12 per cent in 2018.

The percentage of people living in extreme poverty decreased from about 84 per cent in 1820 to about 10 per cent in 2018. Human and economic vulnerability to the most common climate-related hazards – flooding, drought, extreme wind, cold and heat, volcanoes, earthquakes – decreased up to 90 per cent since 1980. Conclusion: population growth plus technology causes human flourishing.

However, the perceived existential threat posed by climate change is our biggest public fear, despite good evidence that this fear is misplaced. The latest scientific study shows that empirical data does not permit calculation of any “doomsday” thresholds that, if exceeded, lead to runaway environmental change (Helmut Hillebrand and others, Nature Ecology and Evolution, August 17th, 2020).

Remarkably, it appears that the end of humanity will more likely come from collapsed birth rates than from climate change. The coming world population decline will not be reversed easily and if numbers continue to decrease so will the production of innovative ideas, resulting in stagnation of knowledge and living standards for a gradually vanishing population.

It may well be necessary to ensure that global population numbers do not eventually fall below about seven billion if we are to avoid fading away.