Figuring out why women don’t figure in Stem industries

How do we encourage more girls to defy the stereotypes and take up Stem subjects? 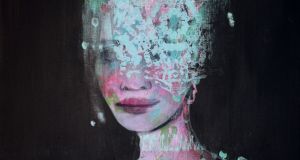 Original painting by Sophie McKay Knight, with imagery contributed by women scientists from the University of St Andrews – part of the Chrysalis project coordinated by Mhairi Stewart. 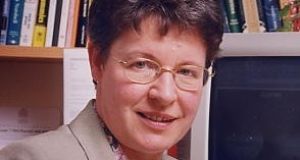 Jocelyn Bell Burnell became the first woman president of the Institute of Physics. 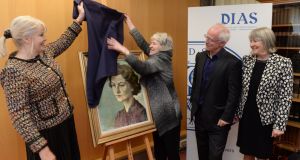 “Why are women bad at maths?” You might remember that corny joke that did the rounds donkeys of years ago. You might even remember its punchline. It the fell into the rude category. What was really offensive about it, however, was its built-in presumption that women weren’t much good at all that numbery stuff – men were the real masters of maths, and if we tell you the answer, girls, then you’d better believe it.

Fast-forward to the “enlightened” 21st century, and that quip has long ago been sent to the old jokes’ home. There’s no scientific basis for a belief that women and men’s brains differ in any way when it comes to mathematical aptitude, although a study by researchers at the department of psychiatry in the University of Cambridge seemed to suggest that men’s brains may be more hard-wired for science than women’s.

This was down to something called E-S or empathising-systemising theory – apparently, females, on average, are more empathetic and males, on average, are more systems-oriented. But the researchers were quick to point out that their findings most likely reflected “an interaction of biological and cultural factors” and that E-S theory shouldn’t be used to prejudge applicants for Stem jobs.

But something still doesn’t add up. When you look at the figures for Stem (science, technology, engineering and mathematics) subjects, you’ll find fewer girls than boys choosing to study them in secondary school, and fewer girls choosing to make a career in Stem fields. This just doesn’t compute – especially when you consider the level of earnings that can be made in these areas. What’s putting the girls off going into science?

According to a November 2016 report by the Stem Education Review Group, presented to then minister for education and skills Richard Bruton in November 2016, there was a “significant” gender gap when it comes to taking science subjects in the Leaving Cert.

In Leaving Cert physics, for example, boys outnumber girls three to one, and this imbalance continues into the workplace, with women “greatly under-represented” in Stem industries. According to the report, only a quarter of the 120,000 people working in jobs using Stem are women. It seems science and technology are still seen as boys’ zones, and girls are steering clear of what could be a universe of academic and career possibilities.

The situation is not much better internationally. According to a 2015 study, women made up only 24 per cent of the Stem workforce in the US, which makes little sense when you note that a Glassdoor report earlier this year revealed that Stem is one of the most lucrative industries in the US.

So what’s stopping girls from majoring in subjects such as physics, maths and chemistry? Are their parents afraid of raising a “geek girl”? Are they unaware of the whole vista of opportunities available to Stem graduates? Or are there more insidious forces at work?

In November, the Government announced it was creating 45 “women-only” professorships in science and engineering to try to redress the gender imbalance in Stem. The initiative, based on a model from the Netherlands, has had mixed reaction, some criticising it as “positive discrimination”, but others, such as Dr Micheline Sheehy Skeffington, welcoming it as a “temporary measure” to combat sexism in third level. Dr Sheehy Skeffington successfully took a discrimination case against her employers, NUI Galway, after she was passed over four times for promotion.

Last year, researchers at University of New South Wales looked at gender differences in variations in academic grades of 1.6 million students of all ages across the world, and found that males and females scored similar grades in Stem subjects. So why doesn’t this translate into more women moving into Stem careers?

According to the study’s lead author, Rose O’Dea, subconscious bias comes into play. Girls are stymied by the stereotypical belief that they’re not as good as boys at maths, and by the fact that maths and science are seen as a male domain. “Stem isn’t an equal playing field for women – and so women often go down paths with less male competition,” she says.

So, how do we encourage more girls to defy the stereotypes and take up Stem subjects? One answer, O’Dea adds, is providing role models. “Girls tend to do better when they’re taught by a woman with a strong maths background, so they can see they can do math, too.”

One of the factors that is believed to influence a girl in early age is representation, ie, how scientists and mathematicians are portrayed in the entertainment media. Last year, the Institute on Gender in Media, founded by Hollywood actor Geena Davis (she played the girlfriend of scientist Jeff Goldblum in The Fly), teamed up with the Lyda Hill foundation – an organisation committed to funding advancements in science and nature – to get the measure of how women in Stem are represented in movies and TV.

They found that nearly 63 per cent of Stem characters portrayed in the media were men, and that this almost 2:1 ratio hasn’t changed in the past decade.

According to Davis, “If women and girls don’t see themselves on screen as Stem professionals, they’re less likely to pursue those career paths. However, the study also shows when entertainment media includes female characters in Stem, it can be highly positive.”

One thing that might really clinch the deal, though, is to appeal to that empathetic side of girls’ brains. Writing in Forbes last September, Talia Milgrom-Elcott, founder and executive director of 100Kin10, a US-wide Stem teacher recruitment initiative, reckons that when girls realise they can change the world through science and engineering, they’ll be inspired to take up Stem subjects.

Almost three-quarters of girls who took part in a Microsoft study said they wanted a job that would help make the world a better place – and what better way to do that than to deliver a great scientific innovation or medical breakthrough? And along the way, change some mindsets too.

The English mathematician and writer was the only child of the poet Lord Byron and his wife, Annabella Milbanke, and she distinguished herself for her work on Charles Babbage’s proposed Analytical Engine, publishing the first-ever algorithm. She was quick to see the machine’s full potential, sketching out elaborate programmes and being credited as “the first computer programmer”. Babbage called her “The Enchantress of Numbers”, and the second Tuesday in October has been designated Ada Lovelace Day, a celebration of all women in science.

The mathematical physicist from Galway was the first Irish woman to earn a PhD in mathematical sciences, and in 1941 she became the first female fellow of Dublin Institute for Advanced Studies (DIAS). She rubbed shoulders with Erwin Schrödinger, Albert Einstein and Freeman Dyson. A portrait of her by the artist Judith Henihan was unveiled at DIAS in January and will be on permanent show at the institute.

The Canadian scientist won the Nobel Prize in Physics, the first woman in 55 years to win the accolade, and only the third woman to be named a Nobel physics laureate. The other two were Maria Goeppert Mayer and Marie Curie. Observers were quick to point out that, before her Nobel award, Dr Strickland did not even have an entry in Wikipedia, another example of how the world conspires to render women invisible.

The astrophysicist from Northern Ireland was famously overlooked by the Nobel committee in 1974 for her key role in the discovery of pulsars, but her career subsequently shone, and in 2008 she became the first woman president of the Institute of Physics.

The astronomer, who died in December aged 93, grew up watching the stars at her Nevada home, and went on to join Nasa, becoming the space agency’s first chief of astronomy, overseeing the development of what was to become the Hubble Telescope. She met with much resistance in pursuing a career in science, but her perseverance saw her going on to become known as “the mother of Hubble”.