Citizen science: How scientists need your help in carrying out important research 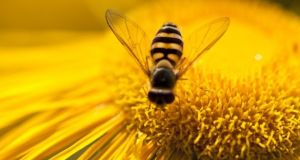 For centuries, citizens have been actively contributing to advancing scientific knowledge in some way. Photograph: iStock

In 2015, more than three thousand students buried tea bags in the Swedish countryside. By measuring how the weight of the tea bags changed after they were buried for three months, the impact of climate change on soil decomposition rates was observed across the country.

This mass experiment was a demonstration of “Citizen Science” - science that involves people who are not professional scientists. It is a broad term that includes differing layers of contribution, collaboration and co-creation depending on the level of participation taking place between scientists and members of the public.

For centuries, citizens have been actively contributing to advancing scientific knowledge in some way. Even with the professionalisation of science in the nineteenth century, public volunteers still contributed to science through their observations of new stars, documenting of birds, collecting weather data and monitoring of water quality.

In the past few decades citizen science has undergone dramatic growth to become an impressive field of research in its own right. Thousands of citizen science projects have engaged millions of participants all over the world. Online projects, like “Planet Hunters” (led by Yale University), have resulted in groundbreaking achievements - like the discovery of new planets by citizen volunteers.

Not only does this surge in public interest speed up scientific progress in certain research areas, but citizen science can also have a number of additional benefits. By integrating citizen science projects into the classroom, teachers are helping their students to engage in active scientific research which provides an early insight into how science works.

There is also growing evidence that involvement in citizen science can lead to positive impacts on the social well-being of participants by giving them a voice in science policy and decision making. The European Commission has highlighted this aspect of “democratic” citizen science as a way of realising its vision of “science for the people, by the people”.

A Flint resident, LeeAnne Walters, drew international attention to the dangerous contamination of the Flint water supply by adopting a scientific approach to water testing. By working with scientists she was able to prove that the local water supply was unsafe to drink. This demonstrated how citizen science can empower people to take ownership of assessing dangers to their own health. However, the situation was quickly exploited by a group called the Water Defense Organisation. This organisation, an environmental group founded by Hollywood actor Mark Ruffalo, posed as a citizen science outfit offering to assist Flint residents in their time of need. Unfortunately their water testing methods were flawed and their claims that the water might be too dangerous to use in hand-washing and showering were unfounded. Their interventions further jeopardised the health of local residents by scaring them into needlessly forgoing basic hygiene.

To ensure that citizen science remains a field that prioritises progress and opportunity, it is important that it is carried out in a responsible manner. Ireland has a small but growing number of people working in citizen science, from dedicated research teams to local schools and community groups.

The most successful citizen science projects depend on large numbers of people participating and are open to everyone. Over the coming months The Irish Times will be working with citizen science researchers to draw attention to some of the ongoing projects in Ireland as well as helping to develop new ideas. The first of these new ideas is shown in the questionnaire accompanying this article.

This initiative is being led by Trinity College Dublin and The Irish Times and is supported by the Environmental Protection Agency and Science Foundation Ireland through its Discover Programme. Feedback, suggestions and questions are welcome at info@citizenscience.ie