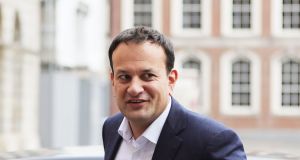 Tánaiste Leo Varadkar has promised a “radical and far-reaching” stimulus plan for jobs in the wake of the Covid-19 pandemic.

The July Jobs Stimulus Plan will be unveiled in the next fortnight by the Government. Mr Varadkar promised on Wednesday morning it will “help our country recover, repair the damage that has been done, and restore confidence and prosperity.” He said there is “no time to waste.”

Outlining the seven key points of the package, he said it will include an improved restart grant to help businesses that are reopening as well as reductions in business taxes and commercial rates.

There will also be access to low-cost loans. Mr Varadkar said the Government will target life sciences investment and focus on export guarantees.

The temporary wage subsidy scheme may also be extended beyond its current cut off date at the end of the summer.

Speaking at an IDA event he said the package “will save jobs, create new ones, and get our people back to work”.

“It will be followed in October by the National Economic Plan, published on the same day as the budget. It will chart out our longer term, jobs led recovery.

“I expect the economic plan will include a major reskilling programme, policies to promote balanced regional development, and it will emphasise the importance of attracting and sustaining foreign direct investment.”

It is understood that a cut in the 13.5 per cent VAT rate is also being examined as part of the plan.

The Republic’s unemployment rate stood at 22.5 per cent in June, albeit down from 26.1 per cent in May, as the economy continued to open up following Covid-19 restrictions, according to the CSO.

The Cabinet Committee on Economic Recovery and Investment held its inaugural meeting on Wednesday afternoon chaired by Mr Varadkar.

The meeting was also attended by the Taoiseach Micheál Martin and several ministers including Eamon Ryan, Paschal Donohoe, Heather Humphreys, Catherine Martin and Michael McGrath and their officials

A statement issued afterwards by the Government said the committee held a constructive and wide-ranging discussion on the July Jobs Stimulus, its scale and ideas about what might be included. The committee will meet again next week.

“It was agreed that the stimulus package would need to be of sufficient speed and scale to give businesses confidence to reopen and stay open so that people can get back to work,” it said.