Toiréasa Ferris to resign council seat and focus on family

Councillor recently ruled out attempting to succeed her father, Martin, as a TD 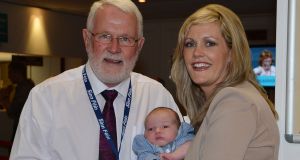 Sinn Féin politician Toiréasa Ferris has announced that she is to resign her seat on Kerry County Council and leave politics.

Cllr Ferris (39) is to vacate the seat next month having been a member of the council for 16 years after being co-opted following the election of her father, former IRA figure Martin Ferris, to the Dáil.

She was returned to the council at the 2004 local election and has retained a seat ever since. She was the second woman to serve as mayor of Kerry.

Cllr Ferris earlier this year ruled out attempting to succeed her father by standing as Sinn Féin’s candidate in the Kerry Dáil constituency, citing medical advice.

Mr Ferris (67) has said he will not seek re-election and on Wednesday told Radio Kerry the party would be seeking someone new to take up the mantle in Kerry. He said the party had huge talent in its ranks and a number of councillors and other members with excellent track records.

Cllr Ferris, a married mother of two who lectures in law, said she intended to devote more time to her family after she leaves the council. She did not rule out returning to politics in the future.

Cathal Foley, a former Tralee town councillor, is expected to be co-opted to replace Cllr Ferris on the council. Tralee councillor and solicitor Pa Daly is locally regarded as being a strong candidate to win the nomination to run for Sinn Féin in a general election if he decides to put himself forward.

“I know this was an extremely difficult decision for Toiréasa to make but the party fully understands her reasons and respects her decision,” he said. “It will be a huge gap for the party to fill but we will now take steps to find a replacement over the coming weeks.”