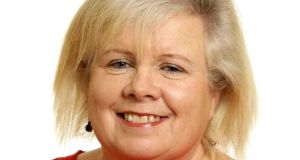 The €81,000 salary increase for the post of secretary general of the Department of Health would cover a student nurse for almost 16 years on the €100 weekly allowance the Government is offering trainees, the Dáil has been told.

Opposition TDs repeatedly contrasted the planned pay rise for the post with the experience of student nurses and midwives during debate on a Sinn Féin motion on Wednesday calling for the immediate re-introduction of healthcare assistance pay rates to student nurses.

This was introduced in the early months of the Covid-19 pandemic but withdrawn a couple of months later. The motion also called for the immediate publication of the Prof Tom Collins review into student pay and allowances.

The “pay rise alone would cover a student nurse for almost 16 years if the Government got their way”.

Kildare South Sinn Féin TD Patricia Ryan highlighted more stories from the work experience of students nurses. One had told her that “while helping a patient to shower the patient’s toe came off in his sock”, she said.

“The student nurse was on her own and could not leave the patient alone. She had to finish the patient’s shower and then find a nurse to seek help.”

The party’s health spokesman David Cullinane warned Minister for Health Stephen Donnelly that nurses would emigrate, and said the €100 allowance took no account of transport, food or childcare costs.

He too referred to the secretary general post salary increase and told Mr Donnelly that what he had done was to prioritise that over the needs of thousands of student nurses doing “trojan” work since the pandemic struck.

Mr Donnelly said the student nursing programme was “second to none”. He told the Dáil: “I want to be clear that I do not underestimate the difficulties that student nurses and midwives have experienced in these past 10 months.”

He said he, the department and nursing partners “will continue to focus on keeping our students safe and ensuring that their academic progress is not unduly impeded”.

The Minister said he had secured additional supports and protections for student nurses and midwives including “specific access to the PUP payment and additional occupational health supports” equivalent to that of employees, while on clinical placement.

And he had accepted the recommendation in the review of student pay for a €100 weekly allowance to students on placement.

But Social Democrats TD Holly Cairns accused the Government of “gaslighting an entire generation”. She said the Taoiseach had stated students should not get paid “because they shouldn’t be working, when we all know they are on the frontline”.

Mr O Riordáin said he wished student nurses had “the same power as other lobby groups” to influence the Government.

People Before Profit TD Richard Boyd Barrett claimed he “nearly choked” when he heard the Minister say of the decision on student nurses that he was “protecting their education” which he said was an insult.

“I don’t believe this is a coincidence that this is a mostly female profession”, he said, as he pointed to the €12 an hour pay to student construction engineers. He added that the British government being forced to pay £10,000 to student nurses had kept them from emigrating.

But the Irish Government was refusing to listen to the direct testimony of the student nurses and instead was listening to the official accounts of what they do during their placements.

Independent Cork South West TD Michael Collins said “money can be found for everyone except the student nurses” as he highlighted the deal with GPs to administer the Covid-19 vaccine.

Aontú TD Peadar Tóibín told the Minister “you earn 34 times the income of a student nurse on the frontline on an annual basis. Many feel that should be reversed if fairness was in place”.

Minister of State Mary Butler said the decision to suspend clinical placements for first- to third-year students to free up nursing tutors for frontline work would remain in place for at least two weeks. She acknowledged it was “regrettable” but said students would not be disadvantaged.