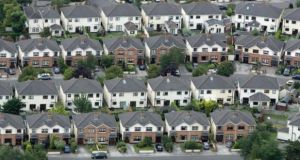 A significant number of rented homes inspected by local authorities last year will not comply with new regulations setting minimum health and safety standards, an Oireachtas committee has heard.

Local authority representatives told the Joint Oireachtas Committee on Housing this did not mean the houses in question were “not fit for purpose” and that in the vast majority of cases they would require only remedial work.

Michael Walsh, chief executive of Waterford City and County Council, representing the County and City Management Association, told the committee that in most cases landlords would comply with any requirement under the regulations.

“When the outcome of the inspection regime is measured the outcome will demonstrate that significant properties achieved compliance without the need to recourse to legal action,” he said.

The housing charity Threshold told the committee its clients had included a pregnant woman and her two young children living in accommodation that was heated only by two small electric heaters. It said it favoured an “NCT” certification system for rental housing which would require landlords to prove their compliance with minimum standards.

Paul Dunne of the Department of Housing, Planning and Local Government told the committee he was willing to consider such a proposal.

He said the department recognised that there was difficulty with standards in private rental accommodation and the inspection regime aimed to improve those standards. Mr Dunne conceded, however, that this was “obviously not working”.

He said the guidelines had been issued to local authorities to implement the revised standards introduced in July last year. Each landlord had to be made aware of the standards and of their obligation to enforce those standards, Mr Dunne said.

The Housing (Standards for Rented Houses) Regulations aim to provide residential rental accommodation that is “safe, efficient, durable and comfortable”.

They specify minimum health and safety requirements in relation to a range of matters, including fire, structural repair, sanitary facilities, heating, and the safety of gas and electrical supply.

“The sector faces a number of serious challenges in terms of the minimum standards, including low rates of inspection, high numbers of non-compliant properties, inconsistencies in terms of interpretation and application of the standards and guidelines, lack of follow-up and enforcement action,” Mr Dunne said.

The objective was to increase inspection numbers incrementally each year, with the aim of achieving a 25 per cent annual inspection coverage rate by 2021.

Since the establishment of the Residential Tenancies Board (RTB), over €36 million has been paid to date to local authorities to assist them in the performance of their functions under the Housing Acts, with over 229,000 inspections carried out to date, the committee heard.

Rosalind Carroll, assistant director of the RTB, told the committee it currently had 340,000 tenancies registered representing 174,000 landlords and 705,000 occupants.

Dr Aideen Hayden, chairwoman of the housing charity Threshold, said there was a “major issue” with regard to the funding of maintenance for social housing and that a lot of such maintenance was “reactive” rather than proactive.

She added that affordability in the rental sector was also of concern and that the charity was increasingly seeing people who were in jobs and at risk of homelessness because they could not afford to put a roof over their heads.

The committee heard the RTB has made average awards of about €1,000 and of up to €7,000 to tenants in certain cases where there had been a breach of a landlord’s obligation to carry out repairs on a property.