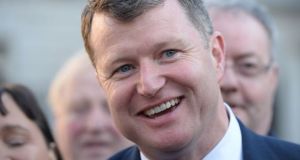 The biggest risk to Ireland’s reputation over the next decade will be a failure to properly resource the Data Protection Commission (DPC), the Seanad has been warned.

Calling for a significant investment to resource the agency which currently has 150- employees Fianna Fail Senator Malcolm Byrne said the office was responsible effectively for overseeing the regulation of the data of half a billion European citizens, because so many social media giants have their EU headquarters in Ireland.

There was a “serious shortage” of staff in the office with the need for legal investigators and technologies as well as data protection lawyers, administrative, corporate and competition lawyers.

Minister of State for Justice James Browne told him the Government took the issue “extremely seriously” and the independent agency currently has 147 staff which will increase to 180 by the end of this year.

Mr Browne said the commission had underspent its budget by about €2.7 million most of it on payroll and this was mainly due to delays in recruitment which were beyond the commission and the Department of Justice’s control.

Raising the issue in the Seanad, Mr Byrne said that if Ireland wanted to retain the European headquarters of so many social media giants and data centres, the commission had to be fully resourced.

He said the DPC dealt with 10,000 individual data breach cases last year when the number of data protection breaches trebled which was a “big problem”.

The Wexford Senator highlighted the increase in global data protection issues that the Commissioner had to oversee and there was a question about whether it would have to regulate social media platform TikTok, highly popular particularly with children.

Mr Byrne said he had significant problems with TikTok which “uses facial recognition and machine learning” and “is owned by a company the Chinese Government has a significant share in”.

“We have to ask what is the purpose of the data that will be harvested by that company,” he said.

Mr Byrne said there were also issues around children’s rights and the harvesting of children’s data, and digital literacy to make every citizen aware about artificial intelligence, algorithmic decision-making and data privacy.

“Data represents a considerable opportunity for Ireland, but if we do not handle this properly and if we do not properly resource the DPC, over the next decade this will represent the biggest risk to Ireland’s reputation.”

He added that the department is working with the Department of Business, Employment and Innovation to develop a national artificial intelligence strategy, which is at a “very early stage”.

A public consultation process on the EU’s white paper on artificial intelligence concluded over the summer and the results will be published “in due course”, Mr Browne added.