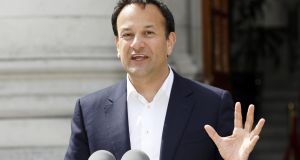 A potential row is emerging in the government formation talks over the scheduled rise in the State pension age to 67 at the start of next year.

It was a major issue during the general election this year, with Fianna Fáil saying the rise should be deferred pending a review.

Fine Gael said the eligibility age should increase, although a transition payment would be introduced, and it is holding to its position in the government formation process.

The Green Party also opposes the rise, and have been in favour of a review to consider the introduction of flexible pension ages.

Fine Gael, however, believes postponing the move would be fiscally irresponsible.

The three parties will continue talks over the weekend, apart from Sunday, and have been trying to solve differences over the Land Development Agency (LDA), a body which seeks to develop housing on State land.

The Greens maintain this is a vehicle to hand public land to private developers, a charge rejected by Fine Gael.

Fianna Fáil figures say they just want to get the LDA fully up and running and get housing delivered.

In an attempt to settle the row Fianna Fáil and the Greens held a bilateral meeting on the issue, which angered Fine Gael. A session on housing, due to take place on Thursday evening, was cancelled, claimed one source, by Fine Gael in a “massive huff” when it found out about the bilateral.

Taoiseach Leo Varadkar on Friday said that a build-up of legislation that needed to be passed urgently has set a “hard deadline” for negotiations on government to conclude.

Mr Varadkar said legislation for European Investment Bank emergency pandemic funding, on renewing the writ of the Special Criminal Court and new Brexit legislation would all need to be enacted by the end of June.

He said he had met Fianna Fáil leader Micheál Martin and Green Party leader Eamon Ryan on Friday morning, and that government formation talks were progressing very well. However, there were still some contentious issues that were yet to be resolved.

Mr Varadkar said the intention was to reach agreement by the end of next week, and then put it to the membership of Fine Gael, Fianna Fáil and the Greens within two weeks.