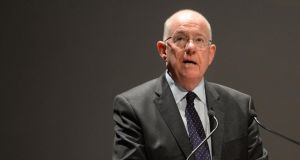 A new Bill that would make it mandatory for a court to consider a home owner’s personal circumstances in repossession cases is set to come before the Cabinet on Tuesday morning.

Minister for Justice Charlie Flanagan will seek Government approval to draft the Land and Conveyancing Law Reform (Amendment) Bill which will broaden the matters a court must take into account when deciding whether to grant a lender a possession order for a person’s home.

The plan was first mooted by Independent Alliance Minister Kevin Boxer Moran as a Private Members’ Bill, the aim of which was to keep distressed borrowers who are in mortgage arrears in their homes where possible.

The proposed new law would mean that a court must take into account the circumstances of the borrower and their dependents, the details of any proposal put forward by or on behalf of the borrower, and the conduct of the parties in any attempt to find a resolution to the mortgage arrears difficulties.

Meanwhile, plans for how the Government will deal with a significant number of homeless foreign nationals who are effectively “trapped” in emergency accommodation, without entitlements to further housing supports, are also expected to be discussed at Cabinet.

The issue affects up to one-third of people presenting as homeless in Dublin, who as non-Irish nationals do not have entitlements to social housing supports. Currently, homeless services are housing these individuals and families in emergency accommodation on a night-by-night basis.

An interdepartmental group made up of officials from the Departments of Housing, Health, Justice and Children has been working on the issue in recent months.

In late September, Minister for Housing Eoghan Murphy wrote to Minister for Justice Charlie Flanagan raising the issue around foreign nationals as one “presenting real and immediate challenges for local authorities”.

A report by the Dublin Region Homelessness Executive, which co-ordinates homeless services in the capital, found 33 per cent of those accessing emergency accommodation for the first time in 2017 were non-Irish nationals.

“This group includes non-EU nationals, but also EU nationals who do not meet the residency requirements to apply for housing supports,” Mr Murphy said. More recent Dublin City Council statistics show 42 per cent of rough sleepers fall into this category, he said.

The individuals have not lived in Ireland long enough to qualify for habitual residency status, which brings rights to State housing supports. This means they cannot be placed on social housing waiting lists, and cannot avail of the housing assistance payment, which subsidises rent in private tenancies.

As a result, “many individuals and families may remain in emergency accommodation for extended periods of time”, putting pressure on services, Mr Murphy said. The correspondence was released to The Irish Times under the Freedom of Information Act.

Minister for Children Katherine Zappone is to bring fresh plans to Cabinet to progress the Adoption and Information Tracing Bill.

The proposed law would give adopted children access to information on their birth as well as providing access to birth certificate information for adopted people who found out that they had been wrongly registered as the biological children of their adoptive parents.

The Bill made some progress through the Oireachtas but then stalled amid issues in relation to privacy. It contained a provision that adopted children must sign an undertaking not to contact their birth parents if they are given their birth certificate and if the parents had indicated that this was their wish. Concerns were expressed about the conflicting right to privacy and information.

Ms Zappone will bring a number of amendments to Cabinet which are expected to resolve this issue. It is understood the amendments will seek to facilitate the release of as much birth information as possible to adopted and other relevant people.