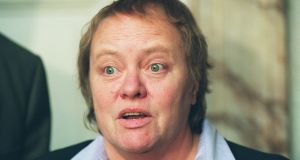 British and Irish officials organising the annual Anglo-Irish Secretariat Christmas party in December 1997 had to contend with a threat from the Loyalist Volunteer Force (LVF) and concerns that inviting Sinn Féin to the gathering might put off other guests.

A note, included in the latest tranche of official UK files to be declassified, from the British joint secretary Peter Bell to the Northern Ireland secretary Mo Mowlam discussed the need to invite to the party “a limited number of Sinn Féin representatives . . . as they are full members of the talks and a constitutional party”.

Mr Bell could see “no justification for not extending an invitation, which almost certainly they will accept. Nevertheless, such an invitation would not be without its downside. Once news of a Sinn Féin presence became commonplace . . . [it] would intensify unionist dislike of the Secretariat . . . it could generate some security risk. It might even deter other guests, although I greatly hope not, from wishing to attend, as well as creating some management problems within the Secretariat itself. The Christmas spirit will not come entirely free this year.”

Mr Bell noted that “the unionists and loyalists have so far never come” to the event, although they were invited. The British and Irish officials agreed to go ahead with their planned event on December 9th “unless advice to the contrary was received from the RUC concerning the LVF threat to the Secretariat”.

Mr Bell wrote to Ms Mowlam’s office that both he and his Irish counterpart David Donoghue were proceeding with their planning in the belief that she would be able to attend the party. “We both will be over the moon about this one, honest Gov. If she could bring her special je ne sais quoi to the event. The same goes for all her ministerial team.”