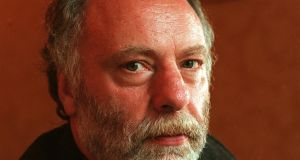 Brian Keenan was teaching at the American University of Beirut when he was kidnapped by the pro-Iranian Islamic Jihad in April 1986. He was freed in 1990. Photograph: Cyril Byrne

Fine Gael leader Alan Dukes wrote to the tánaiste Brian Lenihan in 1988 to tell him of a “cynical and disquieting” move by the Iranian ambassador to capitalise on the kidnapping of Brian Keenan.

The Belfast man was teaching at the American University of Beirut when he was kidnapped by the pro-Iranian Islamic Jihad in April 1986. Keenan held Irish and British passports and Irish diplomats lobbied Iranian authorities in an effort to secure his release.

Dukes told Lenihan, who was also minister for foreign affairs, that he had pressed the case of Keenan with the ambassador and was told the Iranian government had links with “only some groups” in Lebanon.

“He said, however that it would be helpful if contacts could be made at the ‘highest level’ with Tehran.” Dukes said it was not clear what was meant by this. “At some points, he seemed to indicate that the Minister for Foreign Affairs should visit Tehran. At other points what he seems to have in mind is that there should be an Irish ambassador in Tehran, rather than a Charge d’Affaires.”

Dukes said the ambassador “laid some stress on the fact that we have an ambassador in Baghdad. Later on in the conversation, he indicated to me that his authorities would have to have some incentive to be helpful in the Keenan case. He linked this with upgrading our diplomatic representation in Tehran.”

Dukes said he reacted “rather sharply” to this. He told the Iranian ambassador he “could not accept that, in any civilised country, the fate of an innocent, uninvolved person who was taken hostage should not be the subject of bargaining between governments which intend to be friendly.

“While he seemed to take this point, he nevertheless suggested that I would not ask a colleague to do something which required personal effort if I did not have a good personal relationship with that colleague.”

In an accompanying note, Dukes wrote: “I find his tendency to bargain an interest in the Brendan [sic] Keenan case against an upgrading of our representation in Tehran very cynical – and very disquieting.”

Lenihan agreed with this view and said the government rejected any link between developing Irish relations with Iran, and Iranian assistance in securing the release of Keenan.

Earlier that year, a Belfast-based historian offered a novel suggestion to aid Keenan’s release. Keith Haines, then head of history at Campbell College, Belfast, wrote to Lenihan in April, acknowledging what he was suggesting might be seen as “rather unrealistic, implausible and even bizarre, but as all other efforts to get Mr Keenan released have failed, I put it forward merely as a further channel of enquiry.”

He had been researching the life of Antrim adventurer and journalist Arthur Moore and had noted his key role in the early 1900s in the affairs of Persia, as Iran was then called.

Moore was in Tabriz when it was the last bastion of constitutionalism against the oppressive royalist regime of the Qajar Shahs and he had led the final sortie against the besieging forces. “Mr Moore’s assistance and allegiance probably helped the survival of Persian constitutionalism at a delicate time,” he wrote. In the following years he had worked very hard to defend the rights of the Persian people.

“It has crossed my mind on a number of occasions in the past few months that the current Iranian government might be approached to mediate, as a mark of acknowledgement for the work of one Irishman who fought on their behalf many years ago, for the release of Mr Keenan, a fellow Irishman.”

A Department of Foreign Affairs official had scribbled a note onto the bottom of a memo, saying “the idea is a bit far-fetched but I think we should take it a step further”.

Lenihan wrote back to the historian, expressing interest in Moore and seeking further information.

Brian Keenan was freed on August 24th, 1990, after more than four years in captivity and a prolonged diplomatic campaign by Government, as well as intense lobbying by his family. He was released to Syrian military forces and taken to Damascus, where the Irish ambassador to Syria, Declan Connolly, was waiting to meet him.

An Irish Government statement thanked Iran and Syria for their attempts to secure his freedom. Iran’s deputy foreign minister, Mahmoud Vaezi, said the release resulted from “several months of efforts of the Iranian officials and Islamic groups in Lebanon”.