State Papers 1985: Former SDLP leader learnt as a teacher that ideas must be repeated 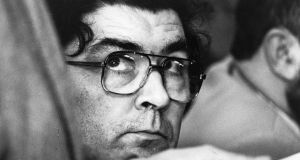 John Hume in the mid-1980s: ‘Even with the cleverest pupils you have to say what’s on your mind at least 20 times. I have always done this in politics.’ Photograph: Matt Kavanagh

The origin of former SDLP leader John Hume’s “single transferable speech” was traced to his days as a schoolteacher in Derry in a 1985 document released under the 30-year rule.

Mr Hume’s constant repetition of the same message, a feature of his public presentation, was noted in an Irish official’s record of a meeting with the then party leader shortly before the Anglo-Irish Agreement was signed.

“I learnt as a schoolteacher that even with the cleverest pupils you have to say what’s on your mind at least 20 times. I have always done this in politics,” Mr Hume is quoted as saying.

The document stated that Mr Hume had already enunciated his “three-part strategy” three times in public, and would continue to do so. The three elements of his strategy were: equality, reconciliation and reunification. Mr Hume told the official if equality for nationalists in relation to identity was achieved, “no one would have the remotest shred of justification for using a gun to achieve his ends”.

Turning to devolution, Mr Hume is recorded by the official as saying his party was beginning to realise it would have to move in that direction.

“Once the gratification of the agreement was over, they would quickly start asking themselves about their role as a party on the ground. He would be able to present devolution in those terms as an attractive proposition.

“He has not raised this matter with his party colleagues, not even within the leadership, at this stage and would prefer if Dublin did not do so.”

The official continued: “He also said that he would be, as he has recently been, insisting strongly on his opposition to the ‘all or nothing’ approach of the Provisionals.

“Those who insist on ‘all or nothing’ end up with ‘nothing’ and want to withhold from ordinary people their right to progress and stability through ‘equality’.”