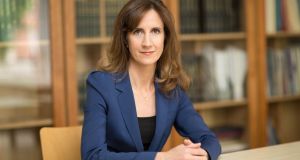 The State’s new €1.25 billion Land Development Agency (LDA) must have compulsory purchase powers to secure land if houses are to be built quickly, an Oireachtas committee has heard.

Engineers , surveyors, architects and builders yesterday told the Oireachtas Housing Committee that the agency must have sufficient powers if it is to do its job properly.

The Land Development Agency, which was set up last year, is intended by the Government to oversee the development of 150,000 social, affordable and private homes on State lands and adjoining private sites.

However, its final powers and governance structures are currently under scrutiny by the Oireachtas committee, ahead of it being established on a legislative basis.

Greater clarity about the “hierarchy of objectives, powers and compellability” of the agency” is required, given the number of State bodies involved, warned Caroline Spillane, director general of Engineers Ireland.

“This includes existing local authority functions in planning and land disposal, the potential functions and powers of directly elected mayors, and the statutory role of the National Transport Authority in relation to integration of transport and land-use planning in the Greater Dublin Area and nationally,” she said.

Powers to compulsorily purchase land are required by the LDA, Ms Spillane declared: “Even if these powers are infrequently used, they send an appropriate signal to the market.”

James Benson, of the Construction Industry Federation, said the agency was best placed to “enable the delivery of social and affordable housing by license where it is simply not viable for homebuilders to secure finance”.

He said that should the agency identify the “correct State lands” for development, it would result in increasing the development potential for adjacent private lands that are currently unviable.

“For example, connecting a State-owned site to infrastructure and utilities could conceivably mean other surrounding sites would then also become viable for development.”

However, Mr Benson said CPOs may also be necessary to ensure development happens in a “speedy manner”.

“We could be looking at 2021 before we see shovels in the ground, getting up productivity to that point will be challenge,” he said.

Kathryn Meghen, chief executive of the Royal Institute of the Architects of Ireland, said it was essential that the State benefitted from any increase in land values.

“Any uplift in the value of public or private landholding consequent on rezoning [should] be either fully allocated to the State or be equitably allocated between the State and any private owner affected by rezoning,” she said. “The uplift in land value may then be used for the public good through infrastructure, public realm, community, amenity and other sustainable development.”

Áine Myler, former director general of the Society of Chartered Surveyors Ireland, said provisions needed to be put in place so the “smaller players” in the industry could be included in the development of sites.

She said it was “exceptionally important” that a small number of big developers were not facilitated by the agency in securing a “monopolistic position in short period of time”.

Ms Myler said it was also essential that the agency had powers to compel other State bodies: “CPO powers will be critical important to the agency so they can operate on a long term basis,” she said.

Last week, the Oireachtas legal adviser warned that the transfer of State land to the agency and the use of National Treasury Management Agency (NTMA) funds “appear to fall squarely within the definitions of state aid”.