No-deal Brexit plans: What we know – and what we do not know

Government action plan is long on problems posed by a hard Brexit, but short on solutions

The European Union set out short-term measures on Wednesday (December 19th) to limit disruption to air traffic, financial services and trade if Britain left the bloc without a deal next March. Video: EBS 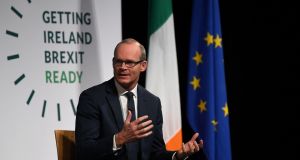 The Government published a long-awaited contingency plan to prepare for a no-deal Brexit late on Wednesday evening because, at this late stage, it had to.

London and Brussels started publishing theirs months ago, and the business community, which survives on certainty, was clamouring for more information on how to prepare for this potential worst-case scenario.

The political stalemate at Westminster makes no-deal planning a major priority with less than 100 days until the UK leaves the EU.

In another sign of increasing pessimism on a deal, the UK government was on Thursday found to be editing its own “no-deal” notices to remove the word “unlikely” in relation to a crash-out Brexit.

The 133-page plan is long on problems created by a hard Brexit but short on solutions on how to deal with it. The report is a work-in-progress or “a living document”, as the Government calls it, to be updated and developed. The Government identifies well over 200 issues, requiring work across 19 sectors. That is a huge volume of work to do for an event that may not happen and which, the Government still hopes, won’t happen.

WHAT WE NOW KNOW

1. A hard Brexit would be really bad

As has been well forewarned, a disorderly UK exit would be extremely challenging and severe for the State. The contingency plan sets out a plethora of north-south and east-west complications covering trade, food, medicines, flights and policing to be managed with Northern Ireland and Britain outside the EU for the first time in 45 years. A no-deal is painted as “an exceptional economic event” requiring “exceptional measures.” There would be an immediate focus on “crisis management and temporary solutions”. Ominously, the report says planning will involve “difficult and significant choices of a practical, strategic and political nature”.

2. There would have to be lots of new legislation

The Government has identified up to 45 pieces of emergency legislation required to manage life with the UK as a “third country” outside the EU and its vast bundle of laws and rules. In theory, the preference might be for a super Brexit Bill to cover it all, but in practice the aim is to winnow it down to as few Bills as possible. Ministers have been asked to identify essential, non-Brexit legislation so schedules can be cleared out for new Brexit-related legislation. Legislative drafters may be extremely busy from mid-January to Brexit Day on March 29th.

3. More land must be purchased at Dublin and Rosslare ports

The most detail contained in the report is on the plans to increase activity in customs, border inspections and animal health checks. This will require new buildings at Dublin Port and Rosslare to deal with the new non-EU border with Britain and avoid the expected congestion of lorry traffic. The Government is in the process of buying land at both ports. A temporary site has been identified at Dublin Port given the urgency of the task.

WHAT WE DON’T KNOW

1. What happens to the Border?

A large “to be decided” sign effectively hangs over the future of the Border in a no-deal world. There is nothing in the report about what would happen to the Border. Coveney has said the Government has no contingency plans for a hard border but stressed that it would be “very difficult” to avoid one without a deal.

2. How will things work on the ground?

Who knows? There is scant detail on immediate solutions to cope with no deal. There are lots of references to forums, dialogues and consultation/co-ordination groups but little about what they are actually planning to do should the UK crash out. The contingency plan still requires a legally operable text around a no-deal scenario. Business lobby group Ibec, other industry bodies and Opposition politicians have called on the Government to provide more information on how people and businesses would manage day-to-day.

The Government will start moving from contingency planning to taking actions if the draft Brexit deal looks no closer to being ratified in London by mid-January. Clearly there are questions that the Government still has no answers to. The Cabinet will discuss more planning at the first meeting of the new year on January 3rd.

The feeling in the dark will continue in 2019.