Michael Healy-Rae: In his own words on fobbing in before traveling to funeral

Kerry TD says he was in the Dáil on June 21st, 2018, and afterwards attended a funeral 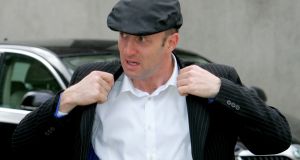 Independent TD Michael Healy-Rae has told Radio Kerry that he can prove he was in the Dáil on the morning of June 21st, 2018, but that he also managed to make it to south Kerry for the burial of an uncle of his son-in-law by lunch time.

Controversy has arisen about the TD’s absence from the Dáil on the day of the visit of EU leader Jean-Claude Juncker as Dáil records show he had clocked into the Dáil that morning.

“I’m telling you the truth and it doesn’t suit you.

“Whatever sort of hunt you have on, you’re wrong, you’re wrong. I have no problem providing evidence. Do you have evidence that I wasn’t there?”

The TD explained that he is regularly in his Dáil office in the Department of Agriculture building before 7am and that on the day in question he left after a while to attend the service.

“I wasn’t at the funeral. It was the burial I made, not the graveyard, I didn’t make the mass. I was late for the mass.”

“I do nothing wrong,” Mr Healy-Rae said.

He added that he had phone and toll records that he had travelled from Dublin to Kerry on the Thursday morning. He estimated (based on the time he arrived in Sneem for the burial), that he had left Dublin around 8am.

Pressed on whether he stopped while on the road, he said “I don’t delay when I am on the road. I never stop.”

He said an exception would be to do a radio interview. He conceded he may have stopped to do an interview on Radio Kerry at 10am of June 21st, 2018. Which would have made his journey time around four hours and 45 minutes.

He said he made no apologies for missing the visit of Mr Juncker. “I made the decision to miss Jean-Claude Juncker. I make no apology for that to you or John Brassil. ”

When asked why he did not go on air last Friday to clarify the situation, Mr Healy-Rae said he had been attending an event in Cahirciveen and “having this type of debate would not have been proper”.

He accused the presenter of going on air at 1pm on Friday and “repeating over and over that I wasn’t in Dublin.”

He defended his attendance record in the Dáil saying that he goes in early every morning, by 7am at the latest and that he attends more than 120 days a year. “It makes no difference you get the allowance if you attend more than 120 days

“So even on that Thursday if I had never fobbed in, I am there more than 120 days a year. I didn’t go on air on Friday because I was at an event at 12.15, I couldn’t do so as I got detained in Cahirciveen.

“You’re not happy with that.”

When asked about constituency clinics in north Kerry on Thursdays, he denied he did so habitually. He said he attends himself “about half the time. Sometimes I’m there, sometimes I’m not.

He further defended his Dáil absences saying that very often he would be working in his office and does not have to vote because he is “paired”.

“If you’re trying to give the impression that I worked only an hour a day … get your facts right. I’m telling you the truth and it doesn’t suit you.”

* An earlier version of this article incorrectly stated that Michael Healy-Rae voted  in the Dáil on June 21st, 2018