Marriage referendum Q&A: What you need to know 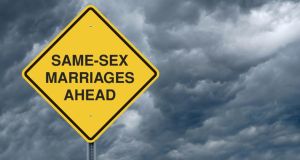 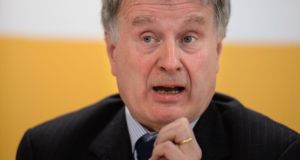 As the same-sex marriage referendum campaign enters its final week, Referendum Commission chairman and High Court judge Mr Justice Kevin Cross responds to questions from The Irish Times on the proposal and its implications.

Q. If the referendum is passed next week, what will happen?

A. If it’s a No, the present situation will continue without change.

Q. What do you see as the key differences between civil partnership and marriage?

Q. You mentioned that a family enjoys protection under the constitution. What does that mean?

A. The family, under the constitution, is given special status and certain rights. It is described in great detail in Article 41. The particular and practical application of those rights is something that is more nebulous, and has been defined in various court cases. Essentially what it means is a married couple cannot be treated less well than an unmarried couple. That has applied in the past in certain cases in relation to taxation, in relation to social welfare and the like. A married couple have a legal status that cannot be disimproved vis a vis the unmarried couple.

Q. If the referendum is passed, what happens to civil partnership? Will people still be allowed to avail of it?

A. They could be, but the Government has indicated that they are going to bring in an Act to stop any further civil partnerships being created. Existing civil partners will have the same rights as they have today, and they may marry, of course, if they wish, but no new civil partnerships will be created.

Q. If the referendum is passed, will there be any change in the status of opposite-sex marriages?

Q. Will there be any change in the status of marriage itself?

Q. Would priests be forced to perform same-sex marriages?

Or even one of whom refuses to attend a pre-marriage course. There is no obligation upon a priest to perform the solemnising function at any marriage. He can choose not to do so if the couple are not, as far as he is concerned, qualified to marry, or for any other good reason.

The Government have indicated that they intend to bring in a statute to copperfasten that position, but I don’t think it probably needs any statutory copperfastening, because it’s the law as it is.

Q. This question arises from a point made by the No side. Would close relatives of the same sex be allowed to marry? In other words, would the criteria be any different for same-sex marriage compared to opposite-sex marriage?

Q. Will schools be obliged to change the way they teach about marriage?

A. Children at the moment, in religious schools, are taught the religious meaning of marriage – that it is a permanent union between man and woman and the like. This is notwithstanding the fact that there is divorce. Children are also presumably taught in civics class about the legal provisions in relation to divorce and family planning.

I presume in the civics class or the equivalent, children may be taught as to what the legal requirements in relation to marriage are in the civil law, and in religious formation, should that be given in any school, the school will be able to conduct its religious class in accordance with its own ethos.

Q. The Bill containing the referendum proposals is called the Marriage Equality Bill. That phraseology will appear on the ballot paper. You haven’t used it anywhere in your guide. Why is that?

A. We want to be as descriptive as possible in our description of the proposal. The Bill is described as the Marriage Equality Bill, and that’s fine. Other people on the No side have used less flattering terms. That’s fine too. We use a neutral description – the Marriage Referendum – because that is what it is. Sometimes the Referendum Commission uses the precise title of the Bill in its description. Sometimes we think it’s better we don’t use the precise title. There is no judgment in that. It’s just what we do.

Q. Surrogacy has been raised by the No side. If the referendum is passed, will same-sex couples have a right to access surrogacy services?

A. First of all, there is no specific constitutional provision on surrogacy. Surrogacy services are at present unregulated in Ireland. So there is no legal right to access them or no legal prohibition on anyone accessing them. The Government have announced that they have plans to bring in regulations governing surrogacy. We don’t know what that will entail, but that is going to apply whatever the result of the referendum.

It’s sometimes said, which is the case, that the Supreme Court have talked about the right of a family to procreate. However, the courts have never given, and there is no such right, to access any artificial methods of procreation.

Q. And if this was passed, would it limit the ability of the Oireachtas to regulate in any way?

A. As we said in our guide, a same-sex married couple and an opposite-sex married couple would have the same constitutional status. If the referendum is passed, the issue might arise as to whether legislation could be passed that would treat them differently.

Whether these requirements are satisfied in any given circumstances would depend on the evidence presented. It couldn’t be done on a whim. It couldn’t be done on a prejudice. If there were good evidence, for example, that children fared better under one sort of parents than another, well then it is possible that such differentiation could be introduced, subject to the requirements that I mentioned a moment ago.

If you don’t believe that there is any such evidence about different treatment, well then it won’t happen and it can’t happen.

So the short answer would be: unlikely but not impossible.

Q. To clarify: in regulating surrogacy, it would be open to the legislature to privilege an opposite-sex couple over a same-sex couple?

A. I didn’t say that. If any such differentiation were introduced and the courts were to scrutinise any such differentiation, in order to be upheld there would have to be very good, fact-based reason, relevant to the purpose of the legislation, and everybody would have to be treated fairly and proportionately. It would be a very hard scrutiny. Not impossible, but difficult to imagine.

Q. Would a Yes vote give same-sex couples a right to adopt children?

So there’s no right to adopt, and any adoption must be in the best interest of the child. That has been a legal requirement for a long time, but it is also a constitutional requirement since the Children’s Referendum.

Q. Does this referendum have anything to do with adoption or surrogacy?

Adoption is regulated by law. At the moment, adoption is available to married persons, to single people and now, as of recently, to same-sex couples. There will be no change in that if the referendum is passed.

Q. According to the No side advocacy group ‘Mothers and Fathers Matter’, a Yes vote will change our Constitution “to mean that children do not have a right to a mother and a father”. Is there such a right?

A. No. I don’t want to get into debate with one side or the other. That’s not the function of the Referendum Commission. People, I’m sure, have good reasons to vote Yes and good reasons to vote No. But there is no right to a mother and a father. Many children don’t have a mother and a father, and there is no way that they can enforce any such supposed right.

It doesn’t exist in law.

Hotels, retail, gyms, churches to open next Tuesday, followed by restaurants and gastropubs on Friday

1 Hotels, retail, gyms, churches to open next Tuesday, followed by restaurants and gastropubs on Friday
2 Forget Black Friday, welcome to Green Friday - 30 Irish retailers with great deals
3 Child (4) stranded on Luas platform when separated from mother, court hears
4 Exiting Level 5: What will reopen, when will it happen and when will we know?
5 400 – yes, 400! – Irish retailers for all your online Christmas shopping
Real news has value SUBSCRIBE