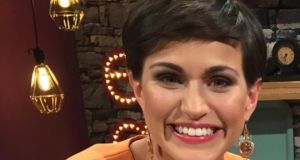 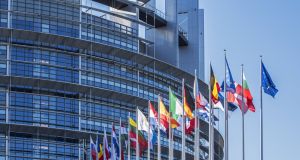 European elections tend not to grip the public’s imagination. They are second-tier elections after all.

What happens in the European Parliament also remains a Chinese puzzle to most people. Most have little knowledge and less interest in the day-to-day politics of Brussels. For all that, these elections have traditionally assumed a huge importance for political parties in Ireland.

Now, with Brexit looming on the horizon, they also provide an opportunity for parties to restate their European credentials and loyalty to the EU project. More prosaically – and cynically – parties have, in the past, primarily used the elections as profile-building and morale-boosting exercises.

The best example is Fine Gael winning five seats in 2004 – on the back of a huge campaign – only two years after the party experienced the worst election in its long history.

Labour had a great election in 2009; as did Sinn Féin in 2014 when it won a seat in each of the three constituencies. If a party does well, more often than not it will have a springboard effect in the lead-in to the next general election.

The EU parliament elections are still half a year away but most parties have already begun the groundwork. The losers in 2014 (principally Fianna Fáil and Labour) have targeted seats for gains. The winners, Fine Gael and Sinn Féin, want to consolidate.

One of the few upsides to Brexit is that Ireland has gained an extra two seats, bringing the total from 11 to 13. It means a slight reconfiguration of the three constituencies. Ireland South will now include Laois and Offaly and have five seats. Dublin will have four seats, up one from 2014. And the slight reduction in geographical size for Midlands North West (MNW) will mean it will remain a four-seater.

Fine Gael will have three outgoing MEPs defending their seats. They are Seán Kelly and Deirdre Clune in the South and Mairéad McGuinness in MNW. Its Dublin MEP Brian Hayes is leaving politics next June, creating an opening in the capital.

Given the huge area of the South constituency, and the fact Fine Gael’s two MEPs come from Kerry and Cork, the party will need to run a third candidate in the Leinster part. It was Simon Harris in 2014, but the party will have to find somebody new.

Similarly in MNW, McGuinness will need a running mate. Former Rose of Tralee Maria Walsh, from Mayo, has been mentioned. A possible transfer for McGuinness into Dublin has also been mooted informally but that is not likely to happen.

In Dublin, Senator Catherine Noone’s name is being mentioned. However, the party might do what it has done in the past with McGuinness and Kelly, namely go outside conventional politics to pluck a substantial personality.

The SDLP finance spokeswoman Claire Hanna has been approached to move south as Austin Currie and John Cushnahan did in the past. But she is based in Belfast and her political connections in the South would be closer to the Labour Party.

Fianna Fáil had a poor election in 2014 and will be hoping to win at least one seat in each constituency. Already in Dublin, three strong candidates, two of them former TDs, have begun canvassing the cumainn and party members. They are former TDs Barry Andrews and Conor Lenihan, and Tiernan Brady, a leading figure in the same-sex marriage referendum in 2015. Another strong name being mention is Andrews’s former colleague in Dún Laoghaire, Mary Hanafin, but she has not indicated any intention as yet.

With the constituency enlarged to four seats, the party has a strong chance of winning a seat and Andrews, currently heading up the Institute for International and European Affairs, a pro-EU thinktank, is the slight favourite to get the official party seal at this stage.

In MNW, another former TD, Niall Blaney from Donegal, has been busy reaching out to the grass roots and looks a certainty to be the party’s front runner. Others who have been mentioned include Senator Aidan Davitt, and John Comer, a former president of the Irish Creamery Milk Suppliers Association, who is from Mayo .

The party won its sole seat in the South in 2014 when Brian Crowley secured 30 per cent of the vote. However, he has not attended any sitting in Brussels and Strasbourg since then because of ill-health. Nor is he a Fianna Fáil representative in Brussels these days after he objected to the party changing its allegiance to the liberal ALDI group.

Should Crowley run again, it will be as an independent.

So far, a number of possible candidates have been mentioned, including 2014 candidate Fergus Hartley, Wexford councillor Malcolm Byrne, Kerry Senator Ned O’Sullivan, and Jason Fitzgerald, a former member of Renua, who is based in Cork.

However, Fianna Fáil is likely to seek a high-profile candidate in the Cork area. Another name mentioned Cllr Séamus McGrath, a brother of its finance spokesman Michael McGrath.

Like Fine Gael, Sinn Féin will be hoping to hold on to its current level of seats. Lynn Boylan in Dublin and Liadh Ní Riada in South are likely to stand again. The party will have to find a replacement in MNW where Matt Carty will contest the Dáil elections.

The European elections have always been happy hunting grounds for smaller parties and Independents. Of the three Independents, only Luke “Ming” Flanagan in MNW is certainly staying on. Nessa Childers in Dublin is retiring and Marian Harkin in MNW has yet to make a definite decision about her future.

A number of former TDs have expressed interest in Labour nominations including Alex White in Dublin, Dominic Hannigan from Louth in MNW and Michael McNamara from Clare in South. The former head of Amnesty International EU’s office, Iverna McGowan, has also expressed interest.

And then there are the Greens. The party has had MEPs before and Eamon Ryan came close in 2014. The party will have a real chance in both the expanded Dublin and South with high-profile Ciarán Cuffe and Senator Grace O’Sullivan as their candidates.

Senior cycle needs to move into 21st century, says Minister 20:29
Health chief tells managers not to engage with ‘toxic’ social media 20:28
Friends rally to support family of girl (3) who died when hit by bus 20:22
‘Creaking’ universities may struggle to provide extra third-level places this year 19:41
Ireland ‘on track’ to ease restrictions on May 4th, says Varadkar 19:40