Brexit may delay Irish MEPs from taking their seats 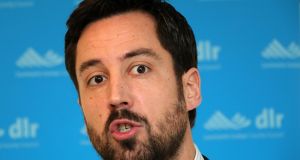 Two of the 13 Irish MEPs elected in next year’s European Parliament elections will not be allowed take up their seats if there is any delay in Britain leaving the European Union.

Ireland was allotted an additional two seats when the European Council decided in June to redistribute 27 of the UK’s seats for the next parliament.

Following that decision, Minister for Housing, Planning and Local Government Eoghan Murphy established a European Parliament Constituency Commission. This recommended the creation of an additional seat for the Dublin constituency, bringing its total to four, and also for the Ireland South constituency, which will now be a five seater, with the addition of two counties, Laois and Offaly. The Midlands North West constituency remains a four-seater.

However, the European Council decision in June also provided that in the event of the UK not leaving the EU next March, then only 11 of the 13 members elected from Ireland would take up their seats initially, with the remaining two members taking up their seats when the UK’s withdrawal becomes legally effective.

This essentially means that two elected MEPs will be left in a political limbo, unable to attend the EU parliament in Brussels or Strasbourg, until such a time as Brexit becomes official.

The constituency committee did not make a decision on this, being of the view that it was not within its terms of reference. A spokesman for Mr Murphy said legislation will be required to deal with the contingency.

It is most likely to provide that two MEPs must wait until Brexit actually occurs before taking up their seats. That could lead to a delay of a year, or even longer, depending on the outcome of the negotiations on future relationships, as well as crucial votes in Westminster.

Sources within Government said it will go ahead with an election for 13 MEPs, because Brexit is almost certain to occur at some point during the EU parliament’s five-year term.

They also said they have yet to work out which two successful candidates will have to wait for Brexit to happen and if they will be entitled to a salary or to operate as public representatives in their constituencies.

A department spokesman said: “The department is considering what legislative provisions may be needed to provide for the alternative scenario of a delay in the withdrawal process and may, subject to the approval of the Government, bring forward amendments to the proposed legislation at an appropriate time during its passage through the Houses of the Oireachtas.”