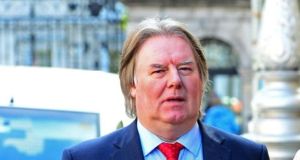 Independent Dublin Bay North TD Tommy Broughan will not be standing for re-election to the Dáil.

The veteran politician announced his retirement on Wednesday before the noon deadline for the close of nominations.

Mr Broughan said he has been thinking about whether to run again or not for some time but only made his final decision on Wednesday morning when he cancelled his 10.10am appointment to submit his nomination papers.

The former Labour Party TD, who was first elected to the Dáil in 1992, had not been canvassing or putting up posters since the election was called but continued his constituency clinics.

A prolific Dáil contributor on a range of issues, Mr Broughan campaigned on road safety, crime and housing, and repeatedly raised the concerns of the families of the Stardust fire victims.

Speaking about his decision today he said he was standing down because of the “relentless pressure, the 24/7 commitment and the nature of the job”.

But he said he was still conflicted about it because “it’s been my life for so long” and he had built up so many connections over the years.

He lives in Howth but his constituency base ran from Coolock out to Howth.

Mr Broughan first stood in a Dáil election for Labour 31 years ago as the back-up candidate and was subsequently elected to the local authority.

He opposed Labour going into coalition with Fine Gael in 2011 and shortly afterwards lost the party whip when when he voted against the government on the extension of the bank guarantee. Expelled from the parliamentary party, he never rejoined.

He went Independent and in latter years was part of an arrangement with Independents4Change for speaking rights in the Dáil.

In the 2016 election it seemed in early counts that he would lose his seat but he held after a surge of transfers.

This time around he would have been in a battle for the last seat with Labour Senator Aodhán Ó Ríordáin and Sinn Féin TD Denise Mitchell.